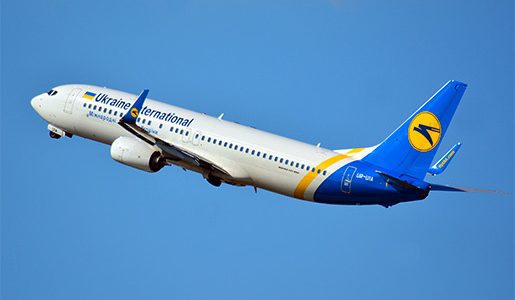 Ukraine International Airlines (UIA) is expanding the list of destinations for July and August 2020 due to the easing by some countries of the border crossing regime for Ukrainian tourists.
According to the press service of the company, domestic flights will be operated in three directions – Kherson, Odesa and Lviv.
So, in the period from July 1 to July 30, UIA will serve domestic flights to Odesa, Lviv and Kherson, flying every Friday to the regions and returning to Kyiv every Sunday. However, in the first half of August, it is planned to change the schedule for the direction Kyiv-Odesa: flights will be operated on Monday, Wednesday, Friday and Sunday (Odesa-Kyiv on Monday, Tuesday, Thursday, Saturday). From August 16 to August 31, a flight to Odesa on Thursdays may also be added.
International flights, as UIA notes, will be operated in the directions of the airline’s regular flight program: Istanbul, Tel Aviv, Amsterdam, Frankfurt, Paris, Dubai, Tbilisi, Batumi, Larnaca, Athens, London, Nice, Rome, Naples, Baku, Berlin, Milan, Munich, Prague, Yerevan, Madrid, Vienna, Barcelona, Chisinau, and there will also be periodic flights to Toronto.