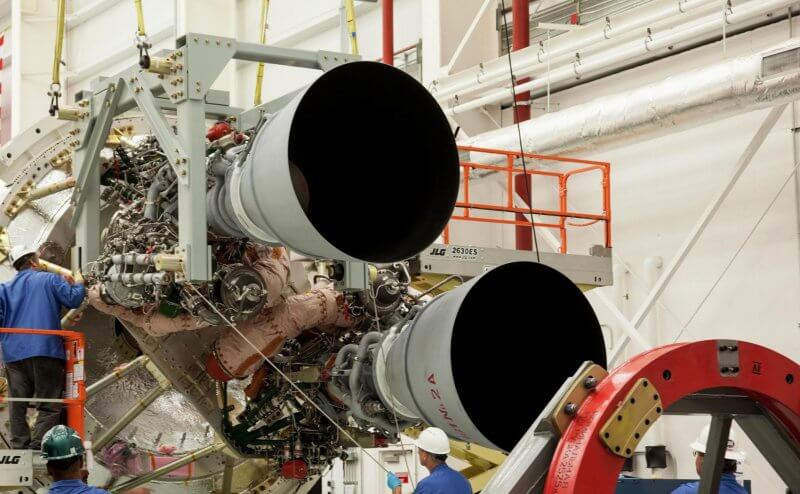 State-owned enterprise Pivdenmash (Yuzhmash, Dnipro) is expanding its participation in the programs of the European Space Agency (ESA). The enterprise seeks to supply 20 more cruise engines for the fourth stage of European Vega light launch vehicle by 2020, the press service of the enterprise has reported.
According to a posting on its website, in 2017, Pivdenmash finished a contract to produce nine units of the cruise engine for the fourth stage of Vega vehicle under an order of Italy’s AVIO S.p.A. signed in 2014.
“Totally, jointly with the previous contracts, 16 units have been shipped [to the European customer],” the press service said.
“A new contract to produce 20 more units was signed in 2017. Materials and purchased integrated parts were procured in 2017. Production will start in 2018,” the press service said.
The Vega was designed by the European Space Agency (ESA) in collaboration with the Italian Space Agency (ASI) for carrying satellites with a weight up to 1,200 kilos to a 1,200-kilometer Sun-synchronous orbit and satellites with a weight of 1,500 kilograms to a 700-kilometer polar orbit.
A contract to design and supply of the cruise engine of the fourth stage of Vega LV between Pivdenne (Yuzhnoye) Design Bureau and Pivdenmash and Italy’s Avio SpA was signed in February 2004.
In April 2012, the partners signed a three-year contract with Avio SpA to supply first batch production engines. The contract can be extended. In July 2017 the parties extended the contract until 2020.
The Ukrainian government and the ESA signed an agreement on cooperation in peaceful uses of outer space in 2008. Early 2014, the agreement was extended until 2019. The ESA unites 17 European countries.