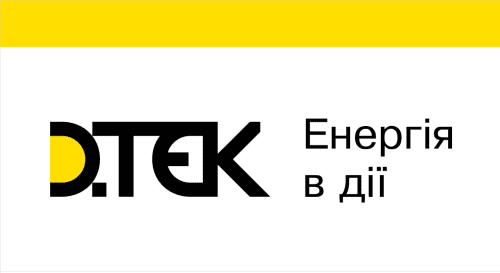 DTEK Energy has called the statements made by President of Ukraine Volodymyr Zelensky as unfair and groundless.”Statements that have been made by the top leadership of the state today, DTEK considers to be unfair and groundless,” the website of energy holding said on Friday evening, November 26.At the same time, the company said that instead of the necessary support in the context of the global crisis, it faces pressure and discrimination.”DTEK always helps the state and also needs support during the unprecedented global crisis. Instead, we face constant pressure, fabricated accusations, and discrimination,” the company said.According to the company’s estimations, today, the state’s total debt to DTEK reaches over UAH 15 billion.The company, in particular, said that DTEK was the only one out of almost 1,000 companies to which the state has not repaid the debt yet for the produced green electricity “for unknown reasons”.As reported, the rate of DTEK Energy eurobonds maturing in 2027 collapsed by 11.6% on Friday immediately after the accusations of Ukrainian President Volodymyr Zelensky against the company and its owner Rinat Akhmetov at a press conference on Friday.According to information in the Bloomberg terminal, the fall reached 13.3%, but then it was won back somewhat.They reacted with a 0.5% decline to the president’s words and the quotations of DTEK Renewables bonds maturing in 2024, but then they almost returned to their previous level, falling short of only 0.1%.With regard to eurobonds of the Metinvest mining and metallurgical group maturing in 2029, of which Akhmetov is also the majority owner, their rate fell by 1.4%.Zelensky said that he had undercover information that they were discussing Rinat Akhmetov’s participation in the coup d’etat in Ukraine with representatives of Russia.The president said that businessman Rinat Akhmetov is being “set up”. “I believe that this is a set-up of businessman for Rinat Akhmetov. I believe that this is an operation, he is being dragged into a war against the state of Ukraine. I believe that he started it, and unfortunately, it will be his big mistake, because one cannot fight against your people, against the president who was elected by the people of Ukraine.”On the issue of coal supplies to Ukraine for thermal power plants, the president said that it was possible to provide them from the United States thanks to his agreements at the highest level in this country, while he called on private generation to unite efforts to ensure the passage of the heating season.”This should be solidarity work. If it’s bad with this or that country and they officially cannot sell you some kind of coal, then a private structure should come, help and buy. If I agree at the highest level, I repeat, at the highest level from the United States, so that 11 ships of coal would sail here. Do you think that I said that you should give us, but don’t give DTEK? Nothing of this kind. I say ‘us.’ The heating season is in our country,” Zelensky said at the same press conference.Earlier, Zelensky announced the supply of coal to Ukraine in the amount of seven Panamax ships (about 500,000 tonnes), which should protect Ukrainians, in his opinion, from consumption restrictions.DTEK, for its part, said that these supplies from the United States and Colombia were contracted by it. The first ship for PJSC Centrenergo arrived in Ukraine on November 20, another six are expected in November-January.