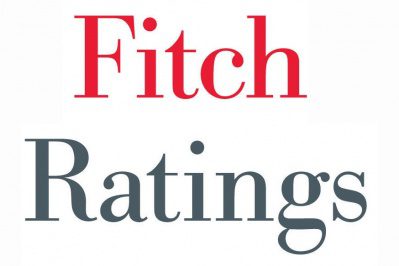 FITCH RATINGS AFFIRMS UKRAINE AT ‘B’

Fitch Ratings has affirmed Ukraine’s Long-Term Foreign-Currency (LTFC) Issuer Default Rating (IDR) at ‘B’ with a stable outlook, the rating agency said on its website.

“The ratings of Ukraine reflect its credible macroeconomic policy framework that had lowered inflation and narrowed fiscal deficits prior to the coronavirus shock, and a record of multilateral support. These strengths are set against low external liquidity relative to high financing needs associated with large sovereign debt repayments, a vulnerable, albeit improving, banking sector, and weak governance indicators. The coronavirus shock has at least temporarily reversed Ukraine’s improvements made in recent years in terms of a declining debt burden, normalization of growth prospects after the 2014-2015 geopolitical and economic crises, and reduced growth volatility,” it said.

“Ukraine’s new IMF program has been designed to reduce financing constraints and support a recovery in international reserves. Ukraine received the first tranche ($2.1 billion) under a $5 billion 18-month Stand-By Arrangement (SBA) for budget support in June. The sovereign also issued a $2 billion eurobond in July. Easing of external-financing constraints allowed the sovereign to buy back external bonds maturing in 2021-2022 and to repurchase close to 10% of its outstanding GDP warrants,” the report says.

“Fitch estimates that Ukraine has met close to 68% of its 2020 fiscal financing needs of $23.5 billion ($14.2 billion in amortizations including debt prepayments). Fitch expects one additional disbursement from the IMF SBA ($700 million) and the first tranche of a new EUR1.2 billion loan in 2020. Available domestic liquidity and government cash holdings provide room to accommodate remaining financing requirements, which in turn are dependent on the pace of expenditure implementation. Domestic banks, most notably state-owned, have increased exposure to government debt, as foreign investors have reduced their share of domestic government bonds by about $1.5 billion since February to 16% (not including National Bank of Ukraine, NBU, holdings),” according to the document.

“International reserves rose to $29 billion at the beginning of September, due to central bank FX purchases (net $1.2 billion YTD in 2020) and external financing. We expect international reserves to finish 2020 at $27.4 billion or 4.5 months of current external payments (CXP), slightly above the projected 4.1 months for the ‘B’ median. In our forecast for a gradual return of the current account deficit and continued access to external financing, reserve coverage will average 3.8 months of CXP in 2021-2022. External liquidity, measured by the country’s liquid external assets-to-liquid external liabilities, will rise to 112% for 2021, close to the 118% forecast for the ‘B’ median,” it reads.

“External financing needs have declined compared with previous years (35% of international reserves) in spite of large debt repayments, reflecting higher international reserves and a projected current account surplus (2.5% of GDP) in 2020, due to fairly resilient exports and remittances, sharp decline in imports and improved data availability on reinvested earnings by foreign investors. External financing needs will rise in 2021-2022 with the return to a current account deficit (reaching 3.5% of GDP by 2022). External sovereign amortizations (government plus NBU) will decline from $6 billion in 2020 but will remain large averaging $4.3 billion in 2021-2022 (bond repayments of $2 billion and $1 billion, respectively),” Fitch experts noted.

“Fitch considers that continued engagement with the IMF is key for Ukraine to maintain access to external financing. However, the IMF SBA implementation risks are significant given Ukraine’s poor record from previous programs and potential judicial rulings and legislative initiatives that lead to reform reversals. In Fitch’s view, unexpected and frequent cabinet changes early in the year, especially those related to key economic positions such as the Minister of Finance, and political pressure on NBU, leading to the governor’s resignation in July, create policy uncertainty. In addition to eroding hard-earned policy credibility, reduced central bank independence could lead to reversal in the improvements in macroeconomic and financial-sector stability, constrain access to external financing and increase Ukraine’s vulnerability to shocks,” they added.

“Inflationary pressures remain subdued (2.4% y-o-y in July; core 3%), but inflation is expected to approach the 5% NBU target by end-2020 due to higher energy and food prices as well as recovering domestic demand. Fitch expects inflation to average 5.3% in 2021 and 5.7% in 2022, above the forecast 4.4% and 4.8% ‘B’ medians. The NBU cut policy rates to a record low 6% in June (750bp in H1, 2020) in response to the pandemic, but further easing could be constrained, in Fitch’s view, by rising inflationary pressures and the proposal of a significant minimum wage increase in 2021,” they stated.

“Fitch maintains its April forecast that the economy will contract 6.5% in 2020. The economy reportedly contracted 11.4% in Q2, 2020. Improving retail sales, industrial production and construction reflect reviving consumption and investment, while faster expenditure implementation in H2, 2020 and lower interest rates will support recovery. We expect growth to reach 3.8% and 3.5%, respectively, in 2021 and 2022, in line with our medium-term forecasts for Ukraine. However, downside risks to our forecasts remain, given uncertainty around the extent and duration of the coronavirus outbreak, and the duration or re-introduction of restrictions, especially given the reported uptick in coronavirus cases in Ukraine,” Fitch said.

“Fitch forecasts the general government deficit to reach 6.5% of GDP in 2020, below the projected 7.7% under the IMF SBA and 7.3% ‘B’ median. Large dividend payments from state-owned companies (1.8% of GDP), and recovering tax collection (except for import-related taxes) have supported government revenues, while expenditure growth remains moderate YTD and concentrated in social transfers and health spending. We forecast fiscal consolidation to proceed at a gradual pace, with the general government deficit shrinking to 5.4% of GDP in 2021 and 4.2% in 2022. Although the government has indicated they intend to pursue expenditure initiatives to support growth such as the proposed minimum wage increase (up to 30% in 2021), the actual pace of fiscal consolidation will depend on continued engagement with the IMF and available financing,” it added.

“General government debt will increase to 57.4% of GDP (65.1% including guarantees) and 60% by 2022, from 44.4% (50.4% with guarantees) in 2019 and close to the forecast 65.3% ‘B’ median. Fitch forecasts that Ukraine general government debt will stabilize at around 60% in 2022-2023 and decline gradually thereafter with the return of primary surpluses. Risks to the debt dynamics stem from a weaker exchange rate (64% foreign currency-denominated debt), lower-than-expected growth or failure to narrow the fiscal deficit,” it summarized.