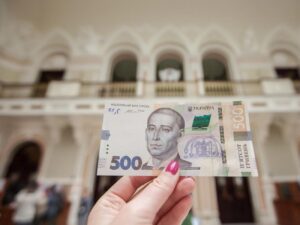 The decrease in the share of non-performing loans (NPL) in the banking sector of Ukraine to 35% from 36.3% in August was facilitated by the correct regulatory policy of the National Bank and less risky new loans that banks are issuing now, the founder and partner of the group of companies, Andriy Volkov, commented on the statistics of the central bank for the specified month to the Interfax-Ukraine agency.
He considers the decline in the share of problem loans in the banking system to be a natural process for several reasons. First, the NBU introduced rather strict rules for the assessment and provisioning of the loan portfolio, after which the banks began fruitful work on restructuring NPLs, collecting them or selling them to specialized companies. Secondly, the country is gradually resuming lending – both retail and corporate. However, due to the filing of the banks’ risk management and NBU requirements, it is now less risky and produces much fewer non-performing loans. Accordingly, the portfolio of banks began to grow again, which means that the share of old problem debts began to decline.
According to Volkov’s forecasts, this trend will continue, and the share of non-performing loans will continue to decrease.
At the same time, he drew attention to where these troubled debts are concentrated.
“Commercial banks, for the most part, have resolved or are successfully solving issues with non-performing loans: they have restructured more or less “live” debts or debts associated with the shareholders and the bank management, collected collateral from non-performing loans, sold or are selling loans, with the collection of which they cannot cope independently. Therefore, the main volume of bad debts was concentrated in state banks. And this is the next point of development for the Ukrainian NPL market, in which changes must take place – the system of working with problem debts of state banks will change or, more realistically, the sale of bad debts will begin, because without this, neither development nor sale of state-owned banks is possible,” the financier believes.
In addition, according to him, solving problems with problem debts in state banks is also on the agenda of international creditors and donors of Ukraine. Therefore, the government as a shareholder, the NBU as a regulator, as well as the supervisory boards of state banks are forced to pay sufficient attention to them. 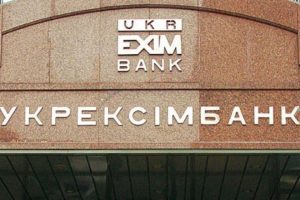 State-owned Ukreximbank (Kyiv) plans to reduce its presence in small towns and focus on interaction with large clients, Chairman of the bank’s board Yevhen Metsger said.

“We will focus on the model of optimizing our castes. This is a decrease in presence in small towns. We will remain in regional centers in order to participate and interact only with large clients,” he said during the Ukrainian Investment Roadshow on Tuesday.

As reported with reference to Deputy Governor of the National Bank of Ukraine (NBU) Yuriy Heletiy, the Cabinet of Ministers on December 9 plans to approve the strategy of Ukreximbank. 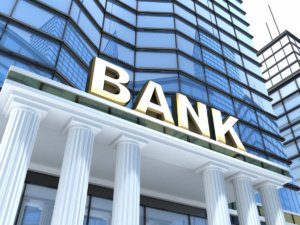 Ukrainian banks in 2018 would likely to see a record profit in the past 10 years, First Deputy Governor of the National Bank of Ukraine (NBU) Kateryna Rozhkova said at a press conference in Kyiv. “By the end of 2018, the sector will see profit and, according to our preliminary estimates, this profit could be a record in more than 10 years,” she said, recalling that for the 10 months of this year, banks posted about UAH 15 billion in net profit. According to Rozhkova, the respective result is due to both an increase in operating profit – interest and commission, and a decrease in sending funds to reserves.
“Interest income continues to be the main source of bank profits against the background of a significant decrease in the cost of borrowed funds over the past few years, cleaning up unproductive assets, as well as enhancing lending,” the first deputy governor of the NBU said.
The growth of commission income, she said, is due to the intensification of consumer lending and the development of banking technology.
In turn, Director of the NBU financial stability department Vitaliy Vavryschuk said that banks, which account for more than 40% of the sector’s assets, are currently operating with a return on capital of more than 30%. “This has never happened in the history of the Ukrainian banking sector,” he said. Moreover, the NBU predicts that the profitability of the banking sector will continue to increase next year, primarily due to the completion of work on cleaning up balance sheets and reducing the amounts sent to reserves. Speaking about the risks of the banking system, Rozhkova noted the short term of the resource base. “Due to significant volumes of high-quality and highly liquid assets on the balance sheet of banks, this situation does not cause concern to the regulator, but given the expected increase in lending next year – these discrepancies in terms of assets and liabilities can carry a risk, and therefore will encourage banks to extend the resource base,” she said.
One of the incentives, according to the first deputy governor of the central bank, is the net stable funding ratio (NSFR), which approval is expected to be finalized by the NBU with banking community in the first half of 2019, after which it will be gradually introduced. According to Vavryschuk, the short term of deposits is mainly the result of the crisis that has passed, after which the share of funds in the current account has significantly increased. “Currently, more than 62% of the total funding of banks is liabilities for up to one month. If you look only at the hryvnia segment, this share is about 76%,” he said. Considering the fact that banks over these short liabilities have long-term assets, the NBU notes the systemic importance of equalizing the terms of assets and liabilities.
“Banks should create more incentives [for extending the term of deposits], perhaps through interest rates. Even a minor extension – up to three from one month, will have a significant fundamental effect on the stability of funding of the banking sector,” Vavryschuk said. In addition, Rozhkova noted the continued high level of dollarization of some banks, especially with Ukrainian private capital, among potential risks.
“Our calculations show that with significant shocks, the risks of these banks are increasing, so we continue to strongly recommend banks to reduce the level of dollarization, especially in the active part of the balance,” Rozhkova said.
The first deputy governor of the NBU also said that in 2019, new stress tests of banks would be held. In addition to the standard approach, the National Bank intends to pay special attention to the quality of consumer loans. In addition, the NBU intends to review the regularity of these tests (now they are held annually).