UKRAINE BUYS FOREIGN BUCKWHEAT IN ANTICIPATION OF ITS OWN HARVEST 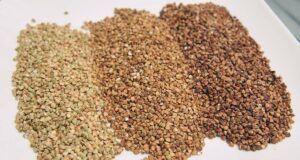 Buckwheat groats have disappeared from the shelves of some Ukrainian stores due to the boom in demand for groats caused by the desire of the population to stock up on food supplies in the face of a full-scale invasion of the Russian Federation, while after the harvest of buckwheat in Ukraine, the supply of buckwheat groats and its cost will stabilize at the level 65-70 UAH/kg.

The corresponding forecast was published on the website of the National Academy of Agrarian Sciences of Ukraine on Monday.

According to her, the demand for buckwheat is caused by the panic of the population, which stocked up large volumes of all types of cereals during the war with the Russian Federation, while retail chains were unable to provide a corresponding increase in supply, as a result of which buckwheat temporarily disappeared from the shelves of some stores.

In addition, Ukrainians consume 3-4 kg of buckwheat per year, which is several times higher than the world average of 1.5 kg per year.

“Our harvest (2022 – IF) will provide up to 2.5 kg of buckwheat per citizen. This is not a critical situation, but we will have to wait for a new harvest. Starting from September, there will be price stability – at the level of 65-70 UAH per kilogram of buckwheat. This is if there are problems with imports. And if we provide enough imported cereals, the price of buckwheat can decrease to UAH 50 per kilogram, perhaps even less,” the NAAN website says.

According to him, in the conditions of a difficult sowing campaign during the war, Ukrainian farmers sowed enough buckwheat, and its harvest will approximately correspond to last year, perhaps by 10-15% less. However, this will be quite enough for the needs of Ukraine.

NAAN stressed that before harvesting its own harvest, Ukraine is forced to buy foreign buckwheat, which it now imports from Poland or Lithuania instead of Russian and Kazakh ones. At the same time, the price of imported cereals will be high due to expensive fuel, since it is imported to Ukraine mainly by road.

Ukraine, at the request of the Ministry of Agrarian Policy and Food of Ukraine, will receive 140 tonnes of buckwheat seeds, the vessel with the cargo was sent by the Canada-Ukraine Foundation (Canada), Ambassador of Ukraine to Canada Yulia Kovaliv wrote on Facebook on Monday.
The seeding rate of buckwheat is 80-100 kg/ha, respectively, Ukraine can sow 1,120-1,400 ha with seeds received from Canada.
According to the Ministry of Agrarian Policy, by May 12, Ukraine sowed 12,200 hectares with buckwheat, which is 14.9% of the 81,600 hectares planned for this year. Thus, thanks to assistance from Canada, Ukraine can sow 1.3-1.7% of the area planned for this crop. 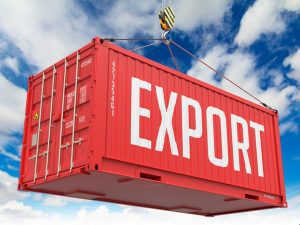 The Cabinet of Ministers has imposed a ban on export of buckwheat until July 1.
During a meeting on April 2, the government approved respective order amending supplement 1 to instruction No. 1109 of the Cabinet of Ministers of Ukraine dated December 24, 2019.
“Thus, the resolution introduces a temporary licensing and quotas for buckwheat and peeled buckwheat grain (no bran covering) export until July 1, 2020,” the Economy Ministry said in a statement on Thursday evening, April 2.
In particular, a zero quota volume was established for the goods (according to foreign economic activity codes 1008 10 00 00 and 1104 29 17 00).
The relevant amendments, according to the Economy Ministry, were made in supplement 1 to instruction No. 1109 on the quota volumes of export of goods which is subject to licensing in 2020.
According to the ministry, the ban on buckwheat export is a temporary measure necessary to protect the domestic market. The Economy Ministry said that Belarus, the Russian Federation and Kazakhstan have temporarily closed their borders for buckwheat export.
“To date the situation in the Ukrainian market is stable. The government is in dialogue with manufacturers and retailers all the time. Ukraine will negotiate with the main producing countries to lift bans in order to maintain international food security and restore normal international trade conditions,” the ministry said.
The ministry also urges Ukrainian agricultural enterprises to increase the area sown with buckwheat.