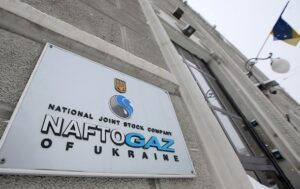 NJSC Naftogaz Ukrainy and the companies controlled by it paid UAH 116 billion of taxes, fees and mandatory payments to the state and local budgets in 2021, the company’s press service said on Wednesday.
According to it, proceeds from the group amounted to 10.7% of the total state budget revenues for the last year (according to preliminary data – UAH 1.084 trillion).
In particular, the enterprises of the group transferred to the state budget about UAH 106 billion in taxes, fees and mandatory payments, and the parent company also paid UAH 10.3 billion in VAT for customs clearance of imported natural gas throughout the year.
“The national company provided a tenth of all revenues to the state budget of Ukraine. To understand, almost so much was directed to the needs of the Ministry of Defense in 2021,” Head of Naftogaz Yuriy Vitrenko said on his Facebook page.
“Despite all the reproaches that Naftogaz was spending state funds, this year we proved the opposite. The national company not only did not take a single coin from the state treasury, but also paid all taxes in full,” he said. 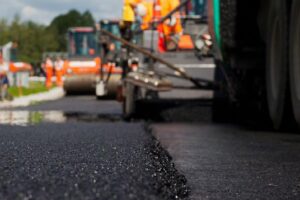 The Cabinet of Ministers of Ukraine has allocated additional UAH 3.5 billion to local budgets for highways; this is about an additional amount of subventions from the national budget for public roads of local importance, streets and roads of communal property in settlements.
The relevant decision was made at the Wednesday government meeting.
According to the draft decision, based on the analysis of the rate of receipt of funds from the sources of the formation of the public road fund, it is expected that as of November 23, 2021, the overfulfillment of the annual revenue plan of the public road fund will be UAH 3.5 billion, and on December 31, 2021 it will be UAH 5.8 billion. In this regard, it is proposed to allocate an additional UAH 3.5 billion to finance the construction, reconstruction, repair and maintenance of public highways of local importance, streets and communal property roads in 2021 at the expense of a special fund. 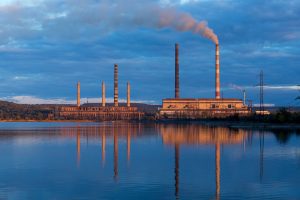 PJSC Donbasenergo transferred UAH 68.5 million of taxes and other obligatory payments to the national and local budgets, which is 2.7 times (by UAH 43.1 million) more than in January 2019. According to the company’s press release, UAH 67.7 million was transferred to the national budget (VAT, environmental tax, fees for a special use of water resources, other taxes of the national level), and UAH 800,000 (land tax, immovable property tax, etc.) were paid to the local budget of Donetsk region.
Donbasenergo owns Starobesheve (located in the occupied territory) and Sloviansk thermal power plants (TPP) with the total installed capacity of 2,880 MW, in particular the capacity of Sloviansk TPP is 880 MW. At the end of March 2017, the generation company announced the loss of control over the operation of Starobesheve TPP, as well as part of structural units located in the temporarily uncontrolled territory.
PrJSC Energoinvest Holding owns 60.86% of the shares of Donbasenergo, another 25% of the shares of the generating company are owned by the state