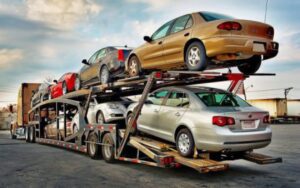 The Cabinet of Ministers has determined three checkpoints for the movement of cars purchased abroad: “Ustilug” and “Grushev” on the Polish border and “Maly Berezny” on the Slovak one.
The corresponding order of the Cabinet of Ministers dated May 3, 2022 No. 354-r was published on the government portal.
As reported, since April 25, Ukraine has limited the number of checkpoints for the import of cars with foreign registration for their own needs. The crossing of such vehicles became available at the Ugrinov, Grushev, Smelnitsa and Ustilug checkpoints (on the Polish border), as well as through Maly Berezny on the Slovak border and through Davinkovoe and Kosino on the Hungarian border. This decision was due to the appearance of queues at checkpoints after the Verkhovna Rada removed the need to pay customs duties, VAT and excise for such imports. 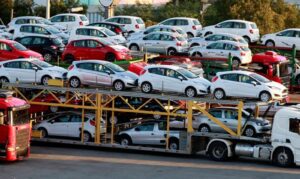 A group of people’s deputies propose to the Parliament to refuse exemption from import duties, excise tax and VAT on car imports, bill No. 7311, the text of which is posted on the website of the Verkhovna Rada, testifies. the budget received less than 350 million hryvnia, and now the daily amount of benefits is 100 million hryvnia.
At the same time, not isolated cases of the importation of premium cars were recorded, the authors of the bill note, among them is the head of the Verkhovna Rada Committee on Finance, Tax and Customs Policy Daniil Getmantsev.
The bill also proposes to return taxation for goods imported by single tax payers of the first or third group.
The authors of the bill point out that during the week of such relaxations, the budget received less than UAH 417 million.
As reported, on March 24, 2022, the Verkhovna Rada of Ukraine, in order to stimulate important imports for the country, among a number of goods for the period of martial law, exempted the import of vehicles by citizens from taxation (cars, motorcycles, trucks and buses).
According to the State Customs Service, over the month, Ukrainians have issued more than 19,000 cars on preferential terms, which created problems and delays for the import of humanitarian aid.

ON FRIDAY, 24 CARS FOR FIREFIGHTERS AND DOCTORS WILL ARRIVE IN UKRAINE FROM FRANCE 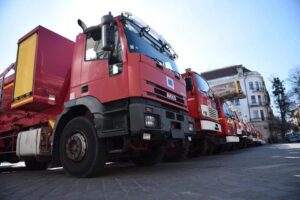 On Friday, April 15, 24 vehicles for firefighters and doctors, as well as 50 tons of emergency equipment, will arrive in Ukraine, French President Emmanuel Macron said.
“In support of Ukraine, our firefighters and rescuers will deliver tomorrow 24 fire engines and ambulances, as well as 50 tons of emergency equipment. This is the second convoy in a month. To our agents, communities, companies and citizens who contribute: thank you,” the President wrote on his Twitter on the night of Thursday to Friday. 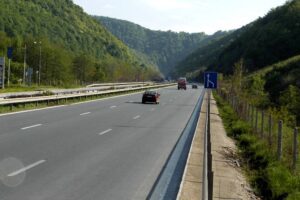 The fare on the roads of Bulgaria is not charged for any car with a Ukrainian registration number (electronic vignette for cars weighing up to 3.5 tons and a tariff for trucks and buses over 3.5 tons) when using the national road network, according to the Motorny website ( Transport) Insurance Bureau of Ukraine (MTSBU).
The corresponding decision adopted by the Council of Ministers of Bulgaria came into force on February 24, 2022 and will be valid until the need for humanitarian and medical assistance is eliminated.
All violations in the electronic system of vehicles generated for cars with Ukrainian registration after February 24, 2022 are closed. Thus, cars with Ukrainian registration can freely leave the territory of Bulgaria even if they violate traffic rules.
The National Service (BGTOLL) has a customer service hotline that operates daily from 8:00 am to 10:00 pm. By calling 0700 10 876 or by e-mail info@bgtoll.bg all persons, including Ukrainians, can receive the necessary information.
The report also notes that in Poland, travel on toll roads for cars with Ukrainian numbers is also now free. In Slovakia, cars from Ukraine can move without purchasing an online vignette. In Germany, the autobahns are free for all cars. 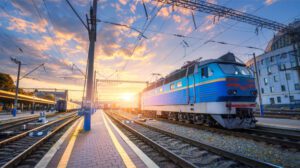 The Ukrcement Association has asked Ukrzaliznytsia to take into account the specifics of the cement industry when distributing wagons at auctions, as well as to reduce the use of specialized cement wagons for the transportation of other goods in high season, Chairman of the association, Pavlo Kachur said in an exclusive interview with Interfax-Ukraine.
According to him, among the urgent problems with the distribution of wagons, in particular, the lack of cement cars for transporting cement due to their use for the transportation of crushed stone and other bulk materials, and inappropriate offers at auctions in terms of the number of wagons.
“Cement producers lose to grain producers, power companies, crushed stone producers in routing. They are profitable clients for Ukrzaliznytsia. They load 40 wagons in one place, bring them to the port, a power plant or an open area, unload and this is the end of the work. And they tell us: bargain, there are wagons. But cement consumers have their own specifics, which we ask to also take into account. We have only a few consumers for 20-30 wagons. Basically three or five wagons are ordered, but such offers at auctions are not enough,” Kachur said.
In addition, until September 2021, Ukrzaliznytsia put up 170 cement carriages for sale per day exclusively for the shipment of cement, but in September-October this restriction was canceled and 80 cars were put up for the transport of bulk cargo.
“On October 21, 2021, Ukrzaliznytsia also canceled this division of cement cars by type of cargo, which caused a speculative jump in the railway tariff due to increased demand from shippers of bulk materials, while leaving cement producers without wagons for transporting cement. After all, cement, in contrast to other bulk materials can only be transported by cement wagons,” the chairman of Ukrcement said. 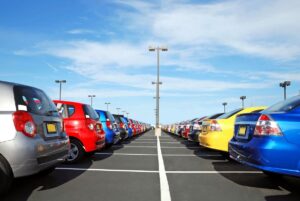 Primary registrations of new passenger cars in Ukraine in January-July this year increased by 28% compared to the same period in 2020, to 58,100 units, the Ukrautoprom association reports.
According to the information on its website, in particular registrations in July increased by 16% compared to July 2020, to 9,768 units.
The best result was again demonstrated by Japanese-based Toyota with an increase in registrations by 34%, up to 1,535, followed by French-based Renault, whose registrations decreased by almost 10%, to 1,301 units.
The third line of the rating with an 87% increase (up to 800 cars) was confidently taken by Kia, the fourth was Skoda with the registration of 618 cars (35% more), and the top five monthly leaders with a 5% increase in sales were closed by Hyundai with 465 units.
The ten most popular brands in July also included: Volkswagen with 452 units (more by 25%), Nissan – 439 units (more by 32%), Chery – 412 units (more by 91%), Mitsubishi – 411 units (more by 70%), Suzuki – 384 units (more by 9%).
The bestseller of the month was the compact crossover Toyota RAV4 with 659 registrations.
According to the information and analytical group AUTO-Consulting, published on its website, July sales have traditionally become peak since the beginning of the year and in fact the Ukrainian car market has set a post-crisis sales record – according to the group, sales increased by 10% from July 2020, to 9,800.
“We have not sold so much since February 2014,” the experts say.
According to them, the three leaders in July coincide with the data of Ukrautoprom, but Renault, which took the second position, added 33% in sales, to 1,317 units, and the leader of the rating, Toyota, increased sales by 19%, to 1,552units.
Kia sales in July increased by 9.16%, to 810 units, Skoda raised them by 3%, to 632 cars, Hyundai – by 4%, to 469 units.