Prometey Group of Companies, which owns 29 granaries in Ukraine with a total storage capacity of 1.7 million tonnes of agricultural crops, intends to purchase four-six more elevators this year, the company’s website reported on Monday.
“In the future, Prometey Group intends to take a leading position in terms of one-time storage capacity and become the largest latifundist in Ukraine. This year, the company aims to purchase four-six more elevators,” the grain trader said in a statement.
It is noted that in 2021, Prometey acquired four granaries, which made it possible to increase the elevator capacity of the group of companies by 210,000 tonnes.
Prometey provides services for the storage, processing and logistics of grain and leguminous crops on the basis of 29 elevators in Mykolaiv, Kirovohrad, Kyiv, Khmelnytsky, Zaporizhia, Sumy, Odesa, Kherson and Dnipropetrovsk regions. 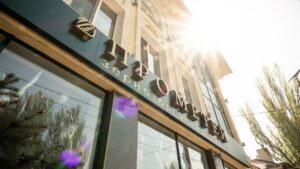 Prometey group of companies in 2020 increased its EBITDA by 6.8% compared to 2019 – up to $32.6 million, according to the results of its financial audit conducted by the international company KPMG posted on the grain trader’s website.

At the same time, the company does not provide data on the profit/loss received in the past year.

“It is noted that Prometey group of companies in 2020 entered the top five (in Ukraine, 1.7 million tonnes of one-time storage) in terms of elevator capacities. In the last marketing year, the group also confirmed its title of one of the leaders in the agricultural sector, selling about 1 million tonnes of grains and oilseeds,” the grain trader said.

Prometey provides services for the storage, processing and logistics of grain and leguminous crops on the basis of 29 elevators in Mykolaiv, Kirovohrad, Kyiv, Khmelnytsky, Zaporizhia, Sumy, Odesa, Kherson and Dnipropetrovsk regions. 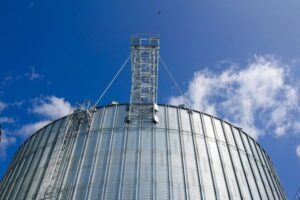