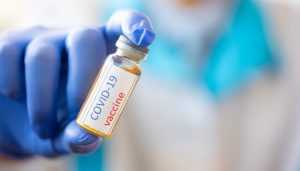 The Lekhim group of pharmaceutical companies has signed an agreement to supply 5 million doses of CoronaVac vaccine against COVID-19 produced by the Chinese company Sinovac Biotech in the first half of 2021, the company said in a press release on its website.
“Lekhim Group and Sinovac Biotech, which are partners, have reached an agreement in negotiations that lasted for 10 months on cooperation in the distribution and localization of production in Ukraine of the vaccine against the SARS-CoV-2 virus for a period of five years,” the press release reads.
According to the report, Lekhim is the official and exclusive supplier of CoronaVac vaccine in Ukraine.
The release recalls that in addition to the sale of the CoronaVac vaccine, cooperation involves the organization of production of finished dosage forms of vaccines (including CoronaVac) from 2022 in Ukraine (Lekhim-Kharkiv), and from 2025 it is planned to organize a full production cycle of the main list of vaccines.
Sinovac Biotech is a Chinese vaccine producing company founded in Beijing in 2001 with a capacity of 300 to 500 million doses of six types of vaccines for humans and animals per year. Sinovac’s main products are vaccines against hepatitis A (prequalified by the WHO) and B, influenza, mumps, chickenpox, which are registered and approved for vaccination in 34 countries around the world.
CoronaVac is an inactivated vaccine. It uses a traditional vaccine mechanism in which a non-living virus that cannot replicate in human cells is used to activate the immune system. Phase 3 trials of the Chinese vaccine have already taken place in Brazil and Indonesia. Tests are ongoing in Turkey and Chile.