PRESIDENT OF UKRAINE: ISSUE OF DE-OCCUPATION OF CRIMEA SHOULD BE RESOLVED IN DIPLOMATIC FORMAT, PERHAPS IN 10 YEARS 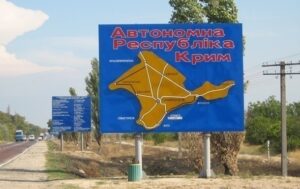