RAIFFEISEN BANK TO PAY UAH 4.24 BLN OF DIVIDENDS IN UKRAINE 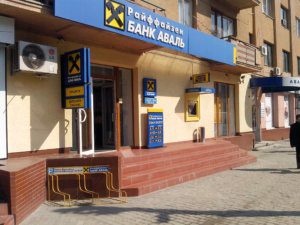 The shareholders of PJSC Raiffeisen Bank Aval (Kyiv) at an annual meeting on April 27 approved the payment of UAH 4.244 billion in dividends for 2017 (approximately 6.9 kopecks per share), the bank has said. According to its report, the bank’s net profit for the past year amounted to UAH 4.469 billion, of which UAH 700,000 will be used to pay dividends to the holders of preferential shares, and almost UAH 223.5 million to the reserve fund of the bank.
The shareholders also decided to change the type of the joint-stock company to a private joint-stock company, in connection with which the name of the bank was changed from PJSC Raiffeisen Bank Aval to JSC Raiffeisen Bank Aval, the release said.
The shareholders elected the supervisory board headed by Martin Grull. Andriy Stepanenko became his deputy. The members of the supervisory board were elected Joseph Eberle, Harald Kroeger, Robert Fritz, Andreea Moraru, Anna Derevyanko, Pavlo Sheremeta, and Daniel Bilak. Raiffeisen Bank Aval was founded in 1992. According to its data, as of January 1, 2018 Raiffeisen Bank International owned 68.28% of the charter capital of the financial institution, the EBRD some 30%. Raiffeisen Bank Aval ranked fifth among 84 operating banks in terms of assets as of January 1, 2018 (UAH 72.108 billion), according to the National Bank of Ukraine. 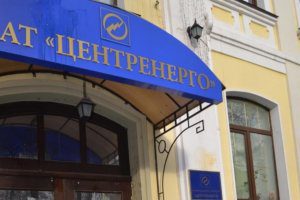 Shareholders in Ukraine’s major electric and thermal energy producing company Centrenergo have approved the payment of dividends for 2017 in the amount of UAH 1.418 billion, or UAH 3.84 per share. Centerenergo will pay UAH 1.1 billion in dividends to the state alone on the results of financial and economic activities in 2017,” Acting head of the State Property Fund Vitaliy Trubarov wrote on Facebook. He recalled that the state owns a 78.2% stake in Centrenergo.
Under the law, the funds should be transferred to the national budget before July 1 this year, he said.
According to the minutes of the shareholders’ meeting, it was decided to allocate 75% of net profit to pay dividends, while for 15% will be spent on replenishment of the reserve fund, and another 10% on the production development fund.
As reported, Centrenergo in 2017 increased its net profit by 4.9 times (by UAH 1.504 billion) compared to 2016, to UAH 1.891 billion. The company’s revenue grew by 2.1%, to UAH 10.919 billion, and its total value of assets increased by 17.4%, to UAH 10.074 billion. The minutes also said that Centrenergo’s undistributed profit had amounted to UAH 2.966 billion as of the beginning of 2018.

AKHMETOV’S UKRTELECOM NOT TO PAY DIVIDENDS FOR 2017, TO CHANNEL PROFIT INTO COVERING LOSSES 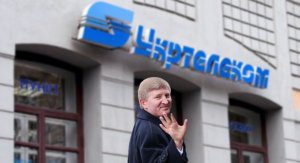 PJSC Ukrtelecom whose 92.79% stake belongs to LLC ESU, which is controlled by Rinat Akhmetov’s System Capital Management (SCM), will not pay dividends for 2017. “It was decided that the profit the company generated last year will be used to cover losses accumulated over previous periods,” Ukrtelecom’s press service told Interfax-Ukraine.
In addition, shareholders re-elected the supervisory board together with its head, Leonid Netudykhata, who once headed the State Service for Special Communications and Information Protection, was Deputy Minister of Transport and Communications, and worked as Chairman of Ukrtelecom’s Board of Directors in 1997-2000.
“The shareholders confirmed the top managers’ course towards further modernization of the company and an increase in the share of revenue from new IP services,” the press service said.
As reported, PJSC Ukrtelecom completed 2017 with a net profit of UAH 867 million, which was 44.3% more than in 2016. The operator’s net income over the year increased by 1.7%, to UAH 6.654 billion.
Earnings before interest, tax, depreciation and amortization (EBITDA) grew by 4.9%, to UAH 1.867 million, EBITDA margin rose by 1.8 percentage points, to 28.1%. The company’s capital investment decreased by 0.7%, to UAH 948 million. 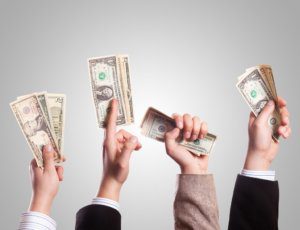 The Board of Directors of Myronivsky Hliboproduct (MHP), the largest poultry producer in Ukraine, has approved the payment of interim dividends in the amount of $0.7492 per share, which is equal to $80 million. According to a company report on the London Stock Exchange (LSE) on Thursday, the decision was made after having carefully considered the performance of the company during the financial year 2017 and two months period ended February 28, 2018.
MHP said that the interim dividend will be paid on April 26, 2018 to the company’s shareholders whose name is entered in its register of members as of April 20, 2018. The Board of Directors approved that no dividend will be paid on the company’s shares held in treasury.
The Board of Directors of MHP SE also acknowledged the consent of WTI Trading Limited (the Company’s major shareholder) to be paid later than the dividend payment date (but not later than November 01, 2018) with no interest accrued on the amount of dividend paid later.
As reported, MHP increased its net profit 3.3-fold in 2017 compared to 2016, to $230 million with revenue growth of 13.4% to $1.288 billion.

MONDELEZ TO PAY UAH 128.8 MLN OF DIVIDENDS IN UKRAINE 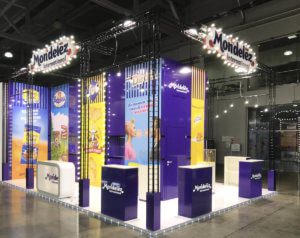 Shareholders in private joint-stock company Mondelez Ukraine (earlier Kraft Foods Ukraine) decided to pay UAH 128.78 million in dividends for 2011.
According to a company report in the information disclosure system of the National Commission for Securities and the Stock Market, the decision was made on April 5.
The dividends will be paid from April 24 through October 5, 2018.
Mondelez Ukraine is part of Mondelez International group of companies, one of the world’s largest producers of chocolate goods, cookies, sweets, and chewing gum.
The company in Ukraine includes Trostianets confectionery factory (Sumy region) and Chips Lux LLC subsidiary company (Kyiv region).
Kraft Foods Entity Holdings B.V. operates as a subsidiary of Mondelez International.