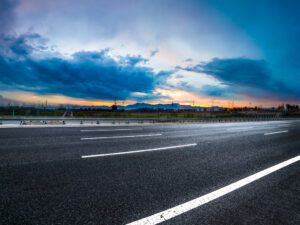 MPS propose to amend the state budget for 2021 and distribute UAH 38.75 billion of additional receipts, including UAH 12 billion for subsidies and UAH 15 billion for the repair of national roads.
Bill No. 6052 was registered by a group of MPs in parliament on Tuesday.
According to an explanatory note to the bill posted on the parliament’s website, it is proposed to increase receipts from corporate income tax – by UAH 30 billion, VAT on imports – by UAH 6 billion, VAT on goods manufactured in Ukraine – by UAH 2 billion, fee paid during the legal process for establishing ownership to cars – by UAH 0.75 billion.
At the expense of these additional receipts, the MPs propose to increase spending on subsidies by UAH 12 billion, to UAH 47.295 billion, according to the bill.
In addition, the MPs propose to provide for an additional amount of funding for the road infrastructure in the amount of UAH 15 billion.
“In particular, in 2021, it is planned to carry out repair and construction work on a total length of 4,500 km of state highways, but the existing funding is currently insufficient to implement these plans,” the authors of the bill said in the explanatory note.
The bill also proposes to send additional funding in the amount of UAH 2.5 billion for the construction of social and cultural facilities, transport infrastructure. Thus, it is proposed to increase the amount of subventions from the state budget to local budgets by the indicated amount.
In addition to this, the bill proposes to allocate UAH 1.5 billion from additional receipts for the construction of projects within the framework of the Big Construction state program.
Another UAH 1 billion is proposed to be used to pay off debts and pay salaries to employees of state-run mines. In addition, the MPs propose to allocate UAH 556 million to replenish the charter capital of the state-owned enterprises Boryspil International Airport, Ukraine state aviation enterprise and Ukrservice of the Transport Ministry.
Amendments to the current state budget also imply the following directions: UAH 282 million to provide housing for 215 internally displaced persons who defended the sovereignty of Ukraine, UAH 280.5 million for timely settlements with dismissed military personnel, UAH 176.8 million for providing prisons with food and settlements for utilities, UAH 86.9 million for a budget program for the development of an emergency medical care system and modernization of the material and technical base of healthcare institutions, as well as UAH 10 million for additional circulations of the Uriadovy Kurier newspaper.