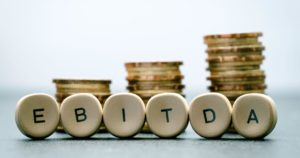 JSC Kyivstar, the mobile communications operator, in July-September 2019 increased general income by 18.3% year-over-year, to UAH 5.828 billion, the company’s press service reported on Monday, referring to its quarterly financial statements.
The press service said that over the period Kyivstar increased earnings before interest, taxes, depreciation and amortization (EBITDA) by 33.1%, to UAH 3.772 billion, and EBITDA margin grew by 7.2 percentage points (p.p.), to 64.7%.
Revenue from mobile operator services in the third quarter amounted to UAH 5.466 billion, which is 18.8% higher than the indicator for the same period in 2018.
The volume of data traffic consumption increased 69.1%, to 3.969 GB per subscriber. At the same time, the consumption of voice services remained stable: on average 566 minutes per subscriber were used, which is 0.3% more than a year earlier.
The number of Kyivstar mobile Internet users increased 12.1%, to 16.3 million, and the total number of active subscribers by the end of the third quarter was 26.4 million, which were 200,000 less than a year earlier.
According to the company, average revenue per user (ARPU) from mobile communications increased 19.9%, to UAH 69.
Revenue from fixed line services increased 10.3%, to UAH 333 million. At the same time, the number of subscribers increased 11%, to 1 million. Fixed line Internet ARPU grew by 4.3%, to UAH 74.
Capital investments for the reporting period amounted to UAH 1.37 billion, which is 85.8% more than for the same period last year.
In general, in January-September 2019, Kyivstar increased revenue 20.9%, to UAH 16.577 billion, and EBITDA – 37.7%, to UAH 10.652 billion.
Kyivstar is the largest Ukrainian mobile operator. It provides communication and data transfer services based on a wide range of mobile and fixed line technologies, including 4G. 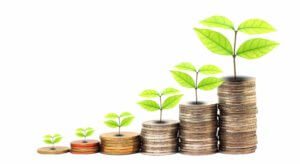 Mriya agroholding plans to boost its earnings before interest, taxes, depreciation and amortization (EBITDA) by 33.3%in 2018, to $32 million, Mriya Chief Operating Officer (COO) Andriy Hryhorov has said. “We plan to reach $32 million for EBITDA this year,” he told reporters at a press conference.
Hryhorov said that in the past three years Mriya has invested over $25 million in agricultural machinery fleet.
“This spring we purchased 22 units of agricultural machinery. We continue to expand the machinery fleet after our default. We are also writing off the old equipment and replacing it with new equipment. In the next three or five years we plan to invest over $30 million in the machinery fleet. The new equipment is bought, taking into account the requirements of precision agriculture. Some 50% of our fleet is ready to work with this technology,” Hryhorov said.
According to him, now the Ukrainian market of agricultural machinery has enough harvesters for leasing, so the agroholding decided to consistently reduce the number of its own combines in operation.
“It is economically unprofitable to invest $15,000-20,000 per combine every year. We plan to reduce their number in our machinery fleet to 50 units and lease the rest,” the COO said.
Mriya is a vertically integrated agro-industrial holding founded by Ivan Huta in 1992. Today, its land bank is 165,000 ha in Ternopil, Khmelnytsky, Ivano-Frankivsk, Chernivtsi, Lviv and Rivne regions. The capacity of its grain storage facilities is estimated at 380,000 tonnes.