CHAIRMAN OF PARLIAMENT: UKRAINE IS FOCUSED ON OVERCOMING ECONOMIC RECESSION CAUSED BY CORONAVIRUS 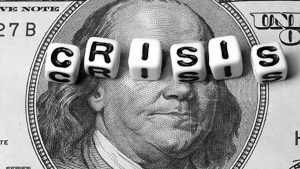 Ukraine is focused on overcoming the economic recession caused by the coronavirus (COVID-19) pandemic and appreciates every investor, Chairman of the Verkhovna Rada Dmytro Razumkov said.
“Almost all states of the world are focused on preserving what they have in economic terms, as well as on attracting additional resources, additional investors. Ukraine will also follow this path. We appreciate every investor who comes to our country,” Razumkov said at a meeting with representatives of the American Chamber of Commerce in Ukraine on Monday.
According to the website of the Verkhovna Rada, Razumkov recalled that the parliament in the context of COVID-19 considered a number of bills related to business support. In particular, the law on state support of investment projects with significant investments has recently been adopted, and bill No. 4416 on the activities of industrial parks is under consideration.
Razumkov noted that in order to overcome the economic consequences of the pandemic, there should be joint work at the level of both central and local authorities, as well as cooperation with business representatives.
“It is the business that pays taxes, fills the budget and helps to overcome the challenges that we are faced with today. The state should help business, create conditions for business to develop,” the chairman of the parliament said.
He said that predictable tax legislation and ensuring the rule of law in the state are key to attracting investors.
“For our part, we will move on this issue, including thanks to a constructive dialogue at the level of committees,” the speaker said.
At the same time, Chairman of the Verkhovna Rada Committee on Finance, Tax and Customs Policy Danylo Hetmantsev said that the parliament is actively working on legislation aimed at de-shadowing the economy. According to him, one of the key bills is the bill providing for a tax amnesty.
He said that at the next meeting his committee plans to consider the issue of interchanging and acquiring rates, bills are being drafted on financial services, insurance, credit unions, and the National Securities and Stock Market Commission.
“We understand that tax incentives, no matter how good, are not the main argument in favor of investing in Ukraine. The main argument remains the rule of law. Judicial reform should be the engine in establishing this principle in our state,” Hetmantsev said.
In turn, Chairman of the Verkhovna Rada Committee on Economic Development Dmytro Natalukha said that the bill, which provides for the creation of an institute of the business ombudsman, is one of the key for his committee and can be adopted by the summer.
President of the American Chamber of Commerce Andy Hunder recalled that next year will mark the 30th anniversary of the work of the chamber in Ukraine.
“The Ukrainian chamber is the largest in Europe. We are always glad for dialogue and openness of parliamentarians. We are like the voice of business. Companies who have believed in Ukraine are ambassadors who tell others what is happening in Ukraine,” he said. 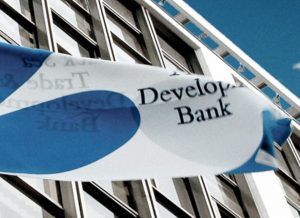