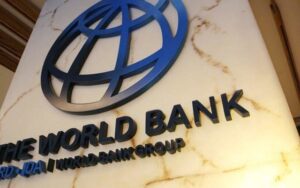 The Middle East and North Africa region (MENA) is in a “critical” position with food and fuel as the Russia-Ukraine war continues to unfold, World Bank Managing Director of Development Policy and Partnerships Mari Pangestu told Al Arabiya TV channel.
“Our forecast team has been estimating that if we see high food and fuel prices last for six months to a year,” she said, “it could negatively impact growth.”
In the global context, “availability and affordability” of food is the UN-backed organization’s concern, according to Pangestu. However, she said that unlike the global food crisis in 2008, the World Bank official clarified that “we actually don’t have a shortage of production.”
“There’s sufficient production of… wheat, rice or other grain products,” she said.
She also said that the food issue goes beyond the Ukraine war.
“Food security and price drops are something that’s not going to go away even after we have resolved the current situation,” Pangestu said.
Earlier this week, U.S. Secretary of State Antony Blinken told Medi 1 that Russia’s war in Ukraine is affecting food supplies and energy prices around the world.