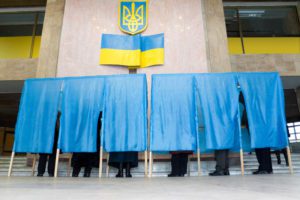 Reaching a majority by the pro-presidential Servant of the People Party in the Verkhovna Rada, Ukraine’s parliament, or creation by it of an ideological coalition will let it quickly form a government, negotiate a new program with the International Monetary Fund (IMF) and unlock deep reforms in Ukraine, which will facilitate economic growth. Such a base-case scenario of the possible election results was described by analysts of Bank of America MerrillLynch (BoAML).
“Key political party programs suggest that the next Rada will be open to deep reforms, which were not feasible previously,” they say I an outlook published last week pending the snap parliamentary elections in Ukraine, scheduled for July 21.
Among such reforms, the analysts point to the launch of a land market with the effect of accelerating GDP growth (which is now potentially estimated at 3%) by at least 1 percentage point (pp) and an additional $1-2 billion in investment annually, as well as switching to exit capital tax, which can add to the growth of another 1 pp.
The BoAML believes that an agreement on a new program with the IMF for four years in the amount of $8-9 billion could be reached in October-November. The lack of a program remains a key risk, but in the face of large external payments in the coming years, it will be difficult for Ukraine to cope with them without cooperating with the Fund, the outlook says. In the case of a successful new program with the IMF by the end of Volodymyr Zelensky’s presidential term, Ukraine’s international reserves could increase to $25 billion, the analysts say.
According to them, the growth of Ukraine’s economy in 2019 could reach 3.2%, which will allow investors in 2021 to receive the first, albeit small, payments on the so-called GDP warrants (value recovery instruments), and this will become an important trigger for the purchase of such securities. The BoAML estimates their fair value at around 86% of the nominal value based on conservative growth and volatility assumptions, whereas recently they are quoted slightly above 70%.
As for Ukraine’s eurobonds, the analysts retain an ‘overweight’ recommendation on them: despite a significant increase in prices that has already occurred since the beginning of this year, they still have the potential to a further cuts in rates. The authors of the outlook also point to a continuing high interest in the government bonds market, where the rates on six-month government bonds are at about 17.5% with a projected average annual inflation of 8% and an expected decrease to 6% next year.
According to the outlook, the National Bank may lower its key refinancing rate this year to 16% per annum and further to 14% per annum next year with the average annual hryvnia exchange rate of about UAH 27 per U.S. dollar this year and UAH 27.5 per U.S. dollar next year.
BoAML analysts say that in 2019-2020, Ukraine will be able to achieve the upgrading of its credit rating from ‘B-‘ to ‘B+.’ In future, its securities could be traded somewhere at the level of Egyptian securities. “We think Ukraine could trade much tighter to Egypt in time, although a long-term commitment to an IMF programme and reforms would be required first,” they said. 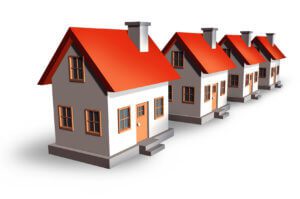 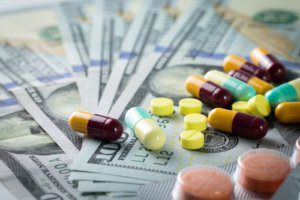 Pharmacy sales in Ukraine in January-April 2018 in money terms grew by 41% compared to the same period in 2017, to UAH 30.14 billion. Sales in physical terms increased by 8% in the four months, to 543.575 million packs, the Business Credit company told Interfax-Ukraine. According to the company, in particular, retail sales of medicines in money terms increased by 44%, UAH 24.914 billion, sales in physical terms grew by 21%, to 374.345 million packs.
The weighted average price of goods in the so-caled “pharmacy basket” for the four months of 2018 was UAH 55.45 for the package, the average price of medicines was 66.55 UAH for the package.
In April 2018, pharmacy sales amounted to UAH 7.178 billion, which is 35% more than a year earlier, medicines sales increased by 38%, to UAH 5.938 billion.

Board Chairman of the Sikorsky Kyiv international airport (Zhuliany) Denys Kostrzhevsky predicts that transportation by air in Ukraine would grow by 7-10% a year in coming 10 years. “My forecast is optimistic. I think that in coming 10 years growth in the number of flights will be seen in coming 10 years by 7-10% every year. This is even more than the IATA’s forecast,” he said in an exclusive interview with Interfax-Ukraine. He said that Master-Avia that manages the airport ordered the study of the market with the depth of up to 2052. The study confirms that in the coming two years the explosive growth of the Ukrainian aviation market – by 20-30% a year – would be seen. According to the company’s forecasts, then the growth will be 5-7% until 2052.
Kyiv International Airport (Zhuliany) is located in the business center of the capital, seven km from the city center. It is the second largest airport in Ukraine in terms of the number of flights and passenger traffic. The airport has three terminals with a total area is 21,000 square meters. Terminal B is separate facility for business-class service, it is part of the Fixed Base Operator (FBO) system. The airport’s runway is able to handle B-737 and A-320 aircraft.