Some 20 new residential complexes appeared in the primary housing market in the business and premium class segment in 2020, increasing their share in the overall market structure by 4 and 1 percentage points (p.p.), respectively.
“Now the market knows about almost 90 business class residential complexes compared to the supply of 70 residential complexes at the end of last year, thus the share of this class in the market structure rose by 4 points (up to 29%), and the share of premium class by one point (up to 6%). There is a growing trend towards better and more comfortable housing,” NAI Ukraine told Interfax-Ukraine.
So, according to its data, up to 30% of layouts in the supply of business and premium projects are options with increased comfort, providing for the presence of terraces, apartments with improved view characteristics, increased areas, penthouses and two-level housing. The increased areas of premises allow the use of various functional and design solutions.
For example, an average two-room business class apartment has an area of 70-80 sq m, and premium up to 90 sq m. Three-room apartments range from 90 to 150 sq m, and it is here that consumers’ demands are concentrated.
“The main discovery of AIA Home Design Trends Survey, which summed up the U.S. housing market in 2020, was the catastrophic drop in popularity of dense buildings and smart solutions, and among the design trends – the increased size and number of windows. Significant spending time at home due to the pandemic and remote work prompted many to reconsider their housing requirements in favor of increasing the area, space, attractiveness of the environment. These trends are equally relevant for the Ukrainian market,” Maryna Hurevych, the head of the consulting department at NAI Ukraine, said.

Average price of one square meter on the primary housing market in Kyiv by the end of 2019 could grow by 9% compared with the previous year, to $1,350, reaching the pre-crisis level of 2014. “Starting from the autumn, in the event of political stabilization, sales are expected to increase, and by the end of the year, prices will rise to the pre-crisis level of 2014,” Analyst at City One Development, a full-cycle development company, Olena Shyrin told Interfax-Ukraine.
According to City One Development, the growth of prices in the market in the first half of 2019 was facilitated by the stabilization and strengthening of the hryvnia exchange rate.
So, the average market price in the first half of the year was $1,296 per sq. m.
According to the company’s estimates, during the second quarter of 2019, sales began in nine new housing complexes with a total announced number of apartments of about 3,500. At the same time, six of them are of the business class, two are comfort and one of the economy class.
“In general, despite the elections and political instability, in the first half of 2019, the primary residential real estate market was expanded with 25 new residential complexes (taking into account the launch of 16 new residential complexes in the first quarter of 2019). Of these, seven are in the Pechersky district, presented in the business class,” City One Development said.

PRICES IN UKRAINIAN PRIMARY HOUSING MARKET INCREASE BY 0.7% IN 2018 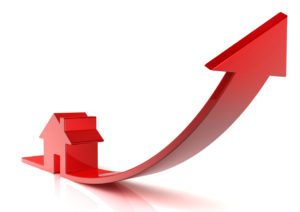