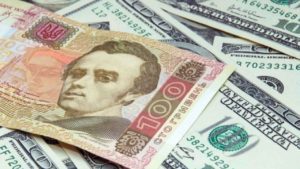 The continuation of the trend towards the strengthening of the hryvnia that emerged at the beginning of the year in recent weeks has been maintained by a stable supply of foreign currency against the backdrop of a favorable external environment, according to the website of the National Bank of Ukraine (NBU).
“The situation in the foreign exchange market was shaped by the following factors: a favorable external environment for Ukrainian exports, the forthcoming payment of annual taxes to the national budget, which stimulates businesses to sell foreign currency more actively, a weak growth of imports of goods and a low repatriation of dividends in foreign currency abroad, as well as net sales of foreign currency by the population,” the report says.
At the same time, according to the NBU, the inflow of foreign capital into government securities, which has been observed since mid-January, has now slowed down and does not play a significant role in strengthening the hryvnia exchange rate, the National Bank added.
In general, the NBU notes that fluctuations in the direction of strengthening that have been observed in recent weeks is a healthy market reaction to constant changes in the economic situation: under the influence of changes in the supply and demand balance, the national currency can both strengthen and weaken. In such circumstances, short-term forecasting for the hryvnia exchange rate is difficult.