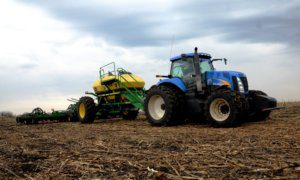 France’s AgroGeneration Group with assets in Ukraine saw EUR 13.18 million of net loss in 2017, which is almost 15 times more than a year ago. According to a company report on its website, revenue fell by 10.1%, to EUR 54.2 million, gross profit decreased 30.9%, to EUR 16.03 million, and operating profit – by 92.9%, to EUR 0.84 million. Earnings before interest, taxes, depreciation and amortization (EBITDA) totaled EUR 9.1 million in 2017, which is 52.4% less than in 2016. Net debt grew by 14%, to EUR 45.44 million.
The share of exports sales grew to 57% in 2017 from 45% in 2016.
In 2017, AgroGeneration produced 359,200 tonnes of grain and oilseed (vs. 387,200 in 2016) over a sown area of 105,400 ha (versus 109,000 ha in 2016). The decrease in area is driven by the sale of a farm in Kharkiv region in 2017. The decline in production is mainly driven by the drought during summer 2017 that significantly affected sunflower and corn crops, although the group generally performed well above its peers.
The group plans to sow 106,000 hectares, out of which 48,000 have already been sown with winter crops. Under favorable weather conditions, the group started the fertilization for its spring crops with a reduction (versus last year) in corn and peas in favor of winter crops.
The 2018 crop season was secured thanks to the renewal of its season’s financing with Alfa-Bank Ukraine for $35 million and a $10 million prepayment contract with Switzerland’s Quadra Commodities.
AgroGeneration is furthermore implementing a comprehensive plan of cost savings. This includes a reduction of production costs and decrease in general and administrative costs for a total estimated amount of roughly EUR 4.2 million. In this context and with this cost savings plan having its full effect in 2018, the group aims to return to its recent years’ EBITDA performance in 2018.
The French group AgroGeneration was founded in 2007. It grows grains and oilseeds. In Ukraine it currently processes about 120,000 hectares. In October 2013, AgroGeneration completed its merger with Ukrainian agricultural company Harmelia. 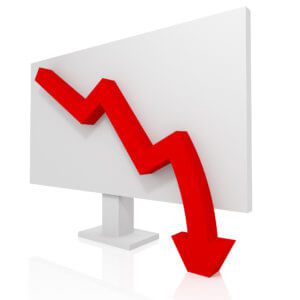 Sadovaya Group, a producer of steam coal, in its report for 2016 posted a loss of $18.07 million, which is 2.1 times ($20.724 million) less than in 2015.
According to the document posted on the website of the Warsaw Stock Exchange, the company’s revenue in 2016 was only $8,900 against $1.04 million a year earlier.
“Due to the difficult financial situation and the inability to resume the operation of subsidiaries located in the temporarily uncontrolled territory of Ukraine, in 2016 Sadovaya Group received heavy losses and is forced to postpone the audit of the report for 2016 until the end of hostilities,” the document says.
As reported, the assets of Sadovaya Group are located in the temporarily occupied areas of Donbas.
Sadovaya Group was founded in 1995. In December 2010, Sadovaya Group holding company held an initial placement of 25% of shares on the WSE and raised PLN 92.6 million ($31.9 million in dollar terms). 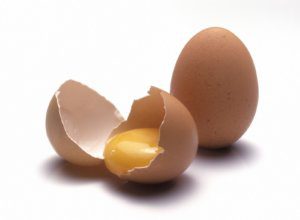 Net loss of Avangard agroholding, the largest egg producer in Ukraine, was 86.7% less in 2017, reaching $7.5 million, the holding reported on the London Stock Exchange on Thursday. Consolidated revenue fell by 335, to $127.9 million, including revenue from exports of shell eggs and dry egg products fell by 45%, to $36.7 million. Operating loss fell by 74.4%, to $3.8 million, and earnings before interest, taxes, depreciation and amortization (EBITDA) grew almost 7.9-fold, to $11.8 million.
The agroholding said that in October-December 2017, the company saw $13.1 million of net profit compared with $17.8 million of net loss a year ago. Consolidated revenue fell by 45%, to $43.7 million, while operating profit grew 1.77-fold, to $20.8 million and EBITDA – 1.08-fold, to $23.6 million.
Shell egg production fell by 4% in 2017, to 2.399 million, while sales grew by 23%, to 1.869 million. As at December 31, 2017, the total poultry flock amounted to 9.5 million hens, down by 30% year-over-year. Average price of eggs fell by 13% in 2017, to UAH 1.17 per egg (excluding VAT).
The production of dry egg products amounted to 6,368 tonnes, a decline of 48% year-over-year. Sales of dry egg products totaled 3,264 tonnes, down by 64% year-over-year. Exports of dry egg products amounted to 2,561 tonnes, a decline of 69% year-over-year. The average sales price of dry egg products was $4.3 per kg, 23% down year-over-year.
As reported, Ukrlandfarming agricultural holding in 2017 reduced the land bank by 5.8%. Ukraine’s largest producer of eggs Avangard agricultural holding, controlled by Ukrlandfarming, whose shares are traded on the London Stock Exchange, in October 2015 completed the restructuring of eurobonds for $200 million. Previously American Cargill has withdrawn from among the shareholders of Ukrainian-based UkrLandFarming (ULF) agrarian holding, according to a ULF financial report for 2016. Cargill’s subsidiary, Cargill Financial Services International Inc. by the end of 2015, had held 1,668,749 ULF shares, or 5% of the total number. By the end of 2016, the number of shares owned by Avonex Limited had not changed, whereas the package held by Cargill was transferred to Cyprus-based Quickcom Limited’s ownership. The report says that the sole owner of Avonex Limited and Quickcom Limited is Oleh Bakhmatiuk. Cargill acquired a 5% stake in ULF early in 2014 for $200 million. Based on the sum of the deal, the total value of the holding was assessed at $4 billion.