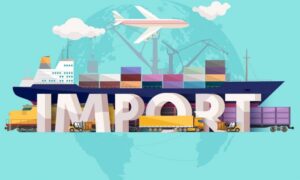 The situation with the import of goods after the abolition of VAT and duties discredits Ukraine in front of neighboring partner countries and indicates abuses when importing goods under the guise of “humanitarian aid”, therefore, amendments to the regulatory framework will be proposed in the near future, Deputy Minister of Infrastructure said Mustafa Nayem.
“I think that in the near future, my colleagues from the Ministry of Finance and the Customs Service will propose to the Cabinet of Ministers appropriate changes to the regulatory framework in order to correct this situation without harming real volunteers,” he wrote on Facebook. Nayem noted that 14.3 thousand cars were imported into the country in eight days after the abolition of customs duties. “Our partners in Poland, Slovakia and Romania are a little surprised by such an active renewal of the vehicle fleet of a warring country for which the whole world is raising funds for humanitarian assistance. For example, they are shocked by the industrial scale of imports” for the needs of the Armed Forces of Ukraine “luxury cars,” the deputy minister said..
According to him, there are dozens of BMW X5, Mercedes-Benz S-Class, 2022 Audi Q7 and even Cadillac Escalade for UAH 3.1 million among them. Nayyem added that over the same period, “humanitarian aid” was imported into the country completely legally, without any customs payments, in the form of various fabrics – for UAH 360 million, mobile phones for almost UAH 200 million, and so on.
“Unfortunately, this is how some of our fellow citizens interpreted the government’s initiative to help volunteers and the army,” the Deputy Minister of Infrastructure stated.
As reported earlier, the head of the profile committee of the Verkhovna Rada, Danil Getmantsev, said about the need to revise the introduced preferential regime for imports.