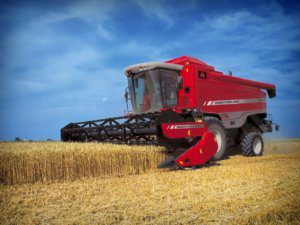 Mriya agroholding in June 2018 received an offer to acquire the entire business and assets of the company from an international strategic investor who has experience of operations in Ukraine. “The cost of this offer envisages (if the transaction is signed) compensation to holders of bonds issued by Mriya Farming in connection with the restructuring of about 50 to 60 cents per U.S. dollar of face value of new bonds outstanding after the restructuring is completed (expenses related to the transaction deducted),” the press service of the agroholding reported.
The offer involves a number of conditions, including the successful completion of the restructuring of the company and its subsidiaries, as well as obtaining all necessary regulatory approvals. Secured debt is proposed for acceptation by the strategic investor and servicing in accordance with existing or other agreements between the potential buyer and secured creditors.
“The company intends to enter into negotiations with the offeror on the terms of the potential deal to approve the necessary documentation for the binding offer. After the completion of the restructuring any sale of the company is to be agreed with the shareholders of the company in accordance with the terms of the issue of new bonds and shareholders’ agreement of Mriya Farming adopted in line with the terms of the restructuring,” Mriya said.
At the same time, the agricultural holding said that the offer is not a guarantee of the signing of the deal, a condition of which is still reaching an agreement on the final terms of the documents required for the transaction.
Mriya reported that Rothschild is the sole financial advisor, and Hogan Lovells acts as a legal advisor in matters related to the sale. As reported, in May 2017, Mriya and IFC approved the conditions for restructuring of Mriya’s debt. The parties agreed to split the debt into a secured and unsecured part. They also stipulated terms for restructuring the secured part of the debt. Mriya’s unsecured debt to IFC will be restructured on common conditions for all unsecured creditors.
Mriya’s total debt is $1.087 billion, of which $46 million is loans for working capital, $7 million for leasing of agricultural machinery, $130 million is secured loans, and $904 million is unsecured loans.
After the restructuring, the amount of secured loans will be reduced to $62 million, unsecured ones to $213 million. Mriya is a vertically integrated agro-industrial holding founded by Ivan Huta in 1992. Today, its land bank is 165,000 ha in Ternopil, Khmelnytsky, Ivano-Frankivsk, Chernivtsi, Lviv and Rivne regions. The capacity of its grain storage facilities is estimated at 380,000 tonnes.