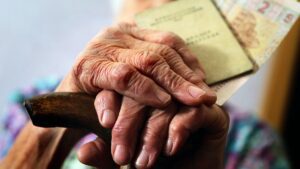 A group of MPs from the Servant of the People faction have proposed to raise the retirement age of Ukrainians to 61 years. The text of bill No. 5566 was published on the website of the Verkhovna Rada.
Among the authors of the bill are Head of the committee on social policy and protection of the veterans’s rights Halyna Tretiakova, as well as MPs Iryna Vereschuk, Mariana Bezuhla, Olha Vasylevska-Smahliuk and others.
The authors of the legislative initiative propose to increase the retirement age by one month annually, starting from January 1, 2023. This increase will raise the retirement age in Ukraine by one year and will reach 61 years until 2035.
At the same time, the bill provides that women who have given birth to a child and raised him or her to the age of six have a right to reduce the retirement age by six months.
The bill proposes to amend Articles 26 and 115 of the law on compulsory state pension insurance.
If adopted, the bill will enter into force on January 1, 2022.