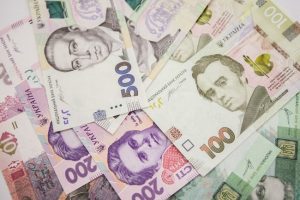 The hryvnia exchange rate, after weakening at the end of March, will strengthen in the second quarter due to increased sales of foreign currency by farmers before the start of field work, the majority of bankers polled by Interfax-Ukraine are inclined to this opinion.
“In the near future, the hryvnia will receive support from the sale of foreign currency by farmers for the spring field work, which is likely to lead to a slight strengthening of the national currency,” head of the analytical department of Alfa-Bank Oleksiy Blinov said.
In his opinion, the most probable range of exchange rate fluctuations in the second quarter is the range of UAH 27-28/$1, with a moderate vector of movement towards temporary strengthening.
Blinov added that, despite the uncertainty about the prospects for quarantine, the factor of their strengthening is unlikely to become the determining driver of the Ukrainian foreign exchange market in the second quarter.
His opinion is shared by the chief manager for macroeconomic analysis of Raiffeisen Bank Aval, Serhiy Kolodiy, who expects the seasonal strengthening of the hryvnia in the second quarter to UAH 27.0-27.5/$1 and predicts that, if possible, the NBU will try to replenish its reserves by buying out excess foreign currency supply.
“An additional positive background for the hryvnia can be created by active negotiations with the IMF regarding the first review of the current SBA program and the acceleration of the still rather slow rate of vaccination of the population,” the analyst noted.
A similar opinion was expressed by the director of the risk management department of Accordbank, Mykola Voitkiv, who predicts the revaluation of the hryvnia exchange rate with the prospect of strengthening to UAH 27.00/$1.
“Taking into account the continued high prices for the main commodity items of Ukrainian exports, the beginning of the sowing campaign (a seasonal factor in the increase in foreign currency sales on the part of agribusiness), the presence of interest in investing in government bonds from non-residents, I do not expect the rate to rise above UAH 28/$1,” he said.
In addition, the tightening of quarantine measures and low rates of vaccination in Ukraine limit the recovery of demand for currency both from the population (tourist trips) and business, especially in the field of trade, the banker noted.