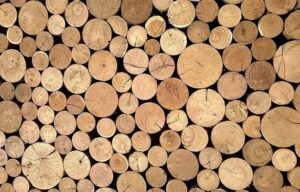 Exports of unprocessed timber puts the country at the bottom of the production chain and brings minimal profit to companies, European Commissioner for Environment, Oceans and Fisheries Virginijus Sinkevicius said. “When it comes to timber trade, each country chooses its place in the production chain. If logging companies want to sell raw timber abroad, then this, in my opinion, is not very reasonable. The country then finds itself at the very bottom of the chain and receives minimal profit. Therefore, naturally, selling wood products is a much more profitable business. This is the creation of jobs, and taxes to the treasury [..,” he said in an exclusive interview with the Interfax-Ukraine agency and the Green Deal portal.
At the same time, according to him, “we live in a free market economy” and, if the law allows it, companies must decide for themselves what to do with the product.
Answering the question about the possible pressure of the European Commission on Ukraine in the issue of lifting the moratorium on the export of unprocessed timber, Sinkevicius said that he was not aware of any pressure.
“I have not heard of any pressure. I have not talked about this with the minister [Minister of Environment and Natural Resources of Ukraine Roman Abramovsky] and there is no pressure on my part. As I said, timber export brings the least profit, so it’s up to companies to decide. The main thing is that the process is sustainable from the point of view of the environment, the protected areas remain intact, and the forest areas after felling do not turn into agricultural areas,” he said.
As reported, on April 9, 2015, the Verkhovna Rada adopted a law banning the export of timber and lumber in unprocessed form (round timber) for ten years. At the same time, a ban on the export of timber species (except pine) was introduced from November 1, 2015, and timber species – from January 1, 2017.
In 2018, parliament limited domestic consumption of unprocessed timber to 25 billion cubic meters per year for the duration of the export of round timber outside the customs territory of the country.
In January 2020, Ukraine and the EU created an arbitration group to consider a dispute over Ukraine’s ban on the export of raw timber. At the end of 2020, it issued a decision recognizing Ukraine’s right to restrict timber exports under certain circumstances, while at the same time recognizing the need to adjust the 2015 moratorium in cooperation with the EU.
Head of the State Agency for Forest Resources Yuriy Bolokhovets, in an interview with the Interfax-Ukraine agency said that the adoption of the law on the timber market, allowing the export of unprocessed timber and sawn timber from Ukraine, is forecasted until the end of 2021.

OSCHADBANK TO START SELLING NPL AT AUCTIONS FROM AUTUMN 2020 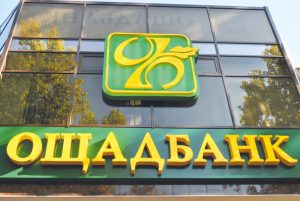 Oschadbank (Kyiv) is preparing to start selling non-performing loans (NPL) at open auctions starting in the fall of 2020, in particular, the bank is currently identifying and agreeing on the relevant assets for sale, the bank’s press service has told Interfax-Ukraine.
The press service clarified mechanisms for managing problem assets have become more accessible thanks to the decree of the National Bank of Ukraine (NBU) dated April 13, 2020 (No. 49) and the resolution of the Cabinet of Ministers dated April 15, 2020 (No. 281).
It is clarified that these documents determine that the relevant auctions should be held according to the Dutch model (to lower the price) and include the stages of submitting closed price offers and a price offer subject to a number of conditions.
The press service added that such conditions include a ban on the purchase of a lot by the debtor or a person related to him, setting the starting price at the level of the gross book value of the financial asset, and the minimum at a level not less than the minimum economic benefit.
It is noted that the changes adopted by the NBU and the Cabinet of Ministers also determine the procedure for writing off bad assets by state banks. In particular, in accordance with them, Oschadbank in the first half of 2020 wrote off non-performing assets by UAH 22 billion, which led to a decrease in the share of NPL in the total credit portfolio from 55% at the beginning of the year to 48%.

UKRSPYRT TO BE PRIVATIZED VIA SELLING SEPARATE PROPERTY OF ENTERPRISES 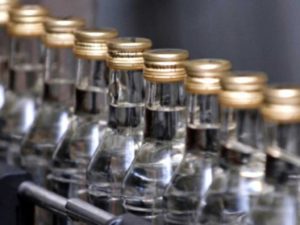 The strategy for the privatization of state-owned enterprise (SOE) Ukrspyrt envisages the transfer of property of the SOE as a pool of fixed assets of industrial sites to the State Property Fund of Ukraine (SPF) before June 1, 2020.
According to the presentation of Ukrspyrt, the necessary conditions for privatization are the completion of the registration of property of state-owned distilleries.
Now out of 41 Ukrspyrt’s industrial sites, 18 have all the property registered, another 18 have partially registered property, and five have been seized.
The main advantage of this privatization option for Ukrspyrt is the ability to transfer facilities for privatization before June 1, 2020. 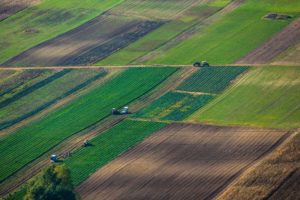