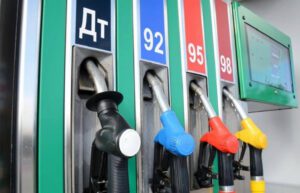 From day to day Ukraine expects deliveries of gasoline from the state reserve of Poland, which were supposed to cover a quarter of consumption in May.
This was announced by First Deputy Minister of Economy of Ukraine Denys Kudin during the talk show “Ukrainian Petroleum Products Market: Temporary Crisis or Large-Scale Collapse?” organized by the Energy Club on Monday.
According to him, unlike diesel fuel, the volumes of gasoline imports into the country currently do not cover the volumes of its consumption.
“And here we are counting on the help of our European partners, in particular, the Polish state reserve, which promised to give us approximately a quarter of the consumption in May. We are expecting this supply from day to day,” Kudin said.
At the same time, according to him, the volume of imports of diesel fuel to Ukraine is currently 20% higher than the volume of its consumption.
“This is enough for the buyer, after standing in line, to be able to fill his tank, albeit with restrictions, but 20 liters, but not enough to remove the queue,” the first deputy economy minister said.
In his opinion, the reason for the preservation of queues at gas stations for buyers of diesel fuel is its low stocks from operators – 3-5 days of sale instead of the previous 15-20 days. At the same time, individual operators do work “from the wheels.”
Nevertheless, as the First Deputy Minister emphasized, in the first half of May, at a meeting with European partners on providing Ukraine with fuel, decisions were made that give Kyiv the opportunity to look to the future with optimism.
“However, you need to understand: the war continues, the enemy is systematically destroying our infrastructure … The enemy is destroying the railway, so we all need to be patient and gradually rebuild our consumption,” Kudin said.
According to the Ministry of Economy, Russian aggressors have destroyed 27 oil depots in Ukraine since the beginning of the war.
As reported, according to the updated forecast of the Ministry of Economy, consumption of 300,000 tonnes of diesel and 120,000 tonnes of gasoline is expected in May. The ministry noted that such a volume of imports has already been contracted by Ukrainian chains.