TEXTILE-CONTACT SIGNS CONTRACT FOR SUPPLY OF TEXTILES TO LITHUANIA 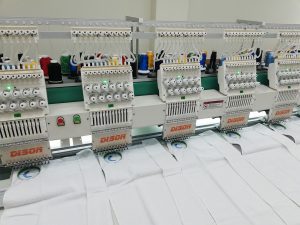 TK-Domashniy Tekstyl (TK-Home Textile), an operator in production and sale of home textiles in the structure of the trade and production group Textile-Contact, has signed the first significant contract for the supply of products to Lithuania for EUR 200,000, owner of Textile-Contact Oleksandr Sokolovsky said.
“The decrease in demand in the domestic market forces us to look for new sales channels for our products. Therefore, I am glad that TK-Domashniy Tekstyl has confidently started to enter the European market. If previously there were only small supplies to Poland and other countries, now the first serious contract has been signed with Lithuania,” Sokolovsky told Interfax-Ukraine on Monday.
He said that the first batch of mattresses, pillows and blankets has already been shipped for a large wholesale company from Lithuania, which works closely with both Lithuanian government agencies and leading hotels and restaurants. In the first half of 2021, it is planned to complete the entire delivery and conclude a new contract for a large amount.
Sokolovsky said that the implementation of such a contract became possible thanks to the receipt of the Oeko-Tex Standard 100 European quality certificate by a textile factory in Chernihiv (TK-DT Chernihiv).
Oeko-Tex Standard is an international system for testing and certification of products made of textile materials, which sets restrictions on the use of certain chemicals, it is recognizable by the buyer and serves as an additional confirmation of the quality of products for manufacturers.
According to Sokolovsky, another factor that contributed to the conclusion of the contract was the receipt of the EUR1 certificate, confirming the Ukrainian origin of the goods and exempting the buyer from import duties.
Sokolovsky said that such a certificate can only be obtained if Ukrainian raw materials were used in the manufacture of products, which was fully consistent with Textile-Contact.
According to him, more than 50 jobs were involved in the implementation of the contract, and in total 430 people work at TK-Domashniy Tekstyl (including three production factories in Chernihiv, Kyiv and Odesa).
“TK-Domashniy Tekstyl company is actively negotiating to start cooperation with representatives of other European countries. The pilot delivery of textile products of its own production to Lithuania served as a serious impetus in this direction,” Sokolovsky said. 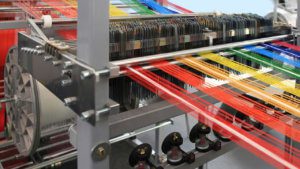 Textile-Kontakt Group, a leading textile fabric seller and producer in Ukraine, in 2019 plans to invest up to UAH 100 million in a new enterprise that will produce fabric in Chernihiv. Its opening is scheduled for December 2018. “To create new production facilities, Textile-Kontakt plans to invest up to UAH 30 million this year, and up to UAH 100 million by the end of 2019,” the company’s press service reported. In September, the group began repairing workshops with a total area of 3,500 square meters and installation of new equipment. The capacity of the plant will be 2-3 million meters of fabric per year.
The launch of the new production site will allow creating up to 80 jobs and with reaching the full production capacity by the end of 2019 the enterprise will employ up to 100 more people.
According to a press service, the main assortment will be fabrics made from 100% cotton: twill, bleached calico and printed cotton, as well as blended raincoat fabric “Greta”. The company also plans to produce a special fabric for the Ministry of Defense of Ukraine.
The press service reminded that until 2014, the group of companies Textile-Kontakt included the company TK-Donbas, which produced up to 60% of cotton fabrics in Ukraine (2 million meters per month). After 2014, control over the enterprise was completely lost. In 2017, the company planned to create a joint venture with the company Temp-3000 and launch production on the basis of Bohuslavsky Textile (Kyiv region). But from January 2018, Textile-Kontakt left the joint venture, and it was decided to create its own enterprise.
Textile-Kontakt was founded in 1995 and today represents a holding company that combines various areas of assets: wholesale and retail trade, the import of fabrics, accessories and home textiles, as well as tailoring of special clothing (including military uniforms). The founder of the group is Ukrainian businessman and public figure Oleksandr Sokolovsky.