UKRAINIAN NATIONAL FOOTBALL TEAM GETS ONLY THIRD PLACE IN GROUP 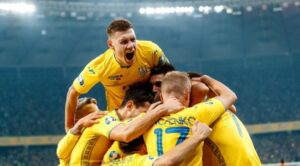 The Ukrainian national football team on Monday suffered a defeat in front of the Austrian team with a score of 0:1 in the match of the third round of the 2020 European Championship.
According to the match broadcast, in the 21st minute the Austrian national team took the lead. After filing a standard, Christoph Baumgartner beat Illia Zabarny and shot into the corner of the goal of Heorhiy Bushchan.
Mykola Shaparenko tried to attack with a blow, but the Austrian goalkeeper deflected him, and Andriy Yarmolenko’s leg did not reach for finishing.
However, the Austrians had two points to increase the score. In particular, Marko Arnautovic first missed the goal from 12 meters away, and at the end of the half, the Austrian national team player failed to outplay Bushchan.
In the second half, there were no significant changes in the game. Austria controlled the game, almost scoring into their own goal. Until the end of the half, the Austrians lost several chances to double the result. In one case, Bushchan made a save after being hit by Stefan Lainer, in the other Arnautovich made a mistake.
In general, Austria played according to the score and did not give Ukraine a chance to recoup a positive result.
As a result, with a score of 0:1, Ukraine lost the second position in the group, going down to third. Andriy Shevchenko’s team has a 4:5 ratio of goals scored and conceded, which makes it difficult to get into the playoffs due to the rating of the third teams.
The final situation in the ranking will be announced on June 23 in the evening. 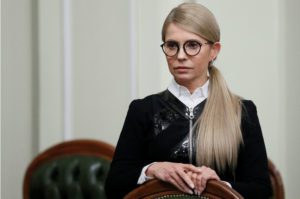