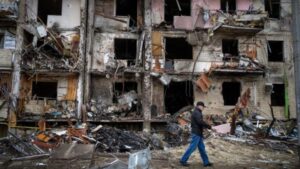 Prime Minister of Ukraine Denys Shmygal invited the International Finance Corporation (IFC) from the World Bank Group to join the reconstruction of Ukrainian cities.
“The head of the Ukrainian government spoke about the scale of destruction as a result of Russia’s criminal actions and expressed hope for the support of the International Finance Corporation in the issue of restoring the housing stock and social infrastructure,” the press service of the government said after a meeting between Shmyhal and the managing director and executive vice IFC President Makhtar Diop.
According to him, Ukraine plans to carry out the restoration on the principles of a green economy.
The prime minister also noted that he was counting on IFC assistance in financing the restoration of the transport infrastructure of Ukrainian cities, especially those most affected by the actions of the occupiers.
“We are interested in creating a financial platform for the IFC, which will finance more Ukrainian cities. Today, attracting foreign investment in the restoration of critical and social infrastructure is one of the most important issues on the agenda of Ukraine,” the head of government added.
In addition, Shmyhal focused on the need to extend public-private partnership projects after Ukraine’s victory. In particular, this concerns the implementation of concession projects at airports, railway stations, seaports, as well as public-private partnership projects in the road industry.
“The resilience of the people of Ukraine is outstanding. Consider IFC as a strong and strategic partner that will play its part in supporting the private sector,” Diop tweeted after the meeting. 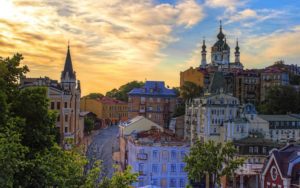 The capital of Australia – Canberra – is highest ranked city in the entire database of the Numbeo website in Quality of Life rating. The second highly ranked was Dutch Eindhoven, the third – the city of Raleigh, the capital of North Carolina. The top ten included three more U.S. cities (Charlotte, also located in North Carolina, Columbus in Ohio and Madison in Wisconsin), two Australian (Adelaide and Brisbane), Wellington (New Zealand) and Zurich (Switzerland).
Among the Ukrainian cities, Lviv took the 175th place in the ranking, Kyiv is in 192nd place. Odesa was on the 195th place in the ranking of the Quality of Life Index, Kharkiv 196th and Dnipro ranks 202nd.
Caracas (Venezuela), Lagos (Nigeria) and Dhaka (Bangladesh) are recognized as the worst cities in the world for liveability. Beijing has received very low marks (mainly due to ecology and transportation problems) and Rio de Janeiro (extremely high crime).
The Quality of Life rating takes into account eight parameters, including purchasing power of the population, safety, health care, the cost of living, property price to income ratio, traffic commute time, pollution and climate.