SIX UNEMPLOYED APPLY FOR ONE VACANT JOB IN UKRAINE 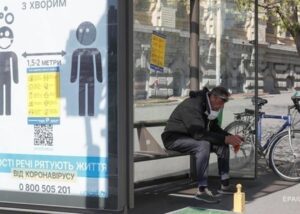 Director of the State Employment Center Yulia Zhovtiak reported that six unemployed apply for one vacant job in Ukraine.
“As of April 7, 2021, the number of unemployed registered in the State Employment Service was 429,000 people […] As of April 1, the number of current vacancies in our database was 77,000. Thus, the imbalance between the demand and supply of labor remains significant. On average, six unemployed people apply for one vacant job in Ukraine (as of April 1, 2020 – five people),” Zhovtiak said in an interview with Fakty.
She reported that, according to the statistics of the employment service, the biggest discrepancy between the demand for labor and its supply in terms of professional qualifications was observed among employees and managers – 17 people applied for one vacancy, among technical employees there were nine applicants, as well as among trade and service workers.
She said that the areas of hotel and restaurant business, food and entertainment are most affected by the quarantine. In this connection, waiters, bartenders, cooks, baristas and maids face difficulties in finding a job.