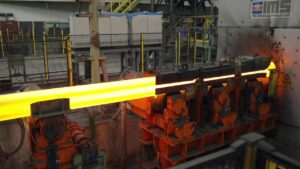 The international vertically integrated pipe and wheel company Interpipe and the world leader in the production of premium pipe products Vallourec (France) have terminated the implementation of a partnership project for the joint production of steel pipes for the European market due to restrictions on this market.
The company’s presentation on the results of work for January-September 2021 states: the project with Vallourec has been completed.
The Interpipe press service confirmed the termination of the joint venture’s activities to Interfax-Ukraine.
“Indeed, there is such a phrase in the presentation… Interpipe has terminated cooperation with Vallourec within the framework of a joint venture established in April 2018 for the production of line pipes with their subsequent sale in the EU market,” the press service told Interfax-Ukraine.
As explained, Interpipe was forced to make the decision due to the impossibility of fully utilizing the capacities of this joint venture due to the preservation of quotas and duties on Ukrainian pipe products in the European market.
“At the moment, Interpipe and Vallourec no longer produce and sell pipe products in the EU market under the JV. Since October, line pipes in the European market have been sold under the Interpipe brand, as it was before the joint venture was established,” the company said. 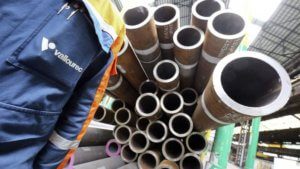 The Interpipe international vertically integrated pipe and wheel company and the leading manufacturer of seamless pipe in Europe Vallourec (France) have announced its plans to start joint production of steel pipes for the European market. According to a press release of Interpipe issued on Wednesday, cooperation would not apply to oil and gas pipes. Mainly linear pipes, pipe for general use and products for engineering.
“Interpipe-made pipes will undergo finishing and quality control at the finish line, which will be built on the basis of Interpipe Niko Tube and will be managed by Vallourec. The line will be created within the joint venture of Interpipe and Vallourec,” press release.
According to the press release, the beginning of production is planned for the autumn of 2018. The pipes will be sold under the Vallourec brand in the European market.