WHO URGES COORDINATED RESPONSE TO SOARING MONKEYPOX IN EUROPE 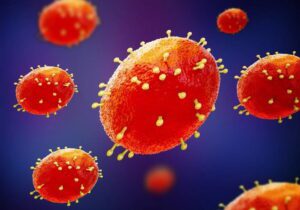 The WHO considers urgent coordinated action necessary in connection with a sharp increase in the number of cases of human infection with monkeypox in Europe, reports the Associated Press.

“Urgent and coordinated action is needed if we are to get out of this situation safely,” said Hans Kluge, WHO Regional Director for Europe.

He noted that monkeypox cases in the European region had tripled in the past two weeks.

Kluge added that 99% of the detected cases are men who have sex with other men. However, he said there are “small numbers” of cases among other people.

Monkeypox is a rare infectious disease most prevalent in remote areas of Central and West Africa. Its symptoms are nausea, fever, rash, itching, and muscle pain.
Earlier, Ukrainian experts analyzed this disease and considered the risks of a pandemic to be extremely low. For more details, watch the program about this on the YouTube channel Club of Experts 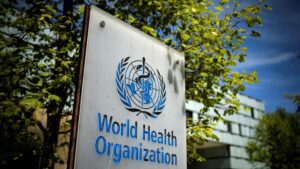 The war gave an additional impetus to the implementation of the healthcare system reform in the process of post-war reconstruction of Ukraine, Joseph Kutzin, the Coordinator for Health Financing Policy at the World Health Organization (WHO), the author of recommendations on resuming the healthcare system in Ukraine, says.

“The direction of reforms begun in 2016 is consistent with international good practice. The war does not change this; indeed, it should provide further impetus to carry the reforms to full implementation. We strongly believe in the need to continue and deepen health reforms in Ukraine,” he said in an interview with Interfax-Ukraine.

“Ukraine’s health financing reforms to date support the Universal Health Coverage (UHC) goals but can be taken further. Its strength is that the main funding source for the system is general tax revenues, and that all Ukrainians are entitled to services under the Program of Medical Guarantees (PMGs). The pooling of funds for the PMGs at national level in the NHSU enables the system to direct resources to where the needs are. Even before the invasion of February 24, getting better results from available public spending (efficiency) was crucial,” he said.

WHO WILL STUDY HISTORY OF COVID IN MORE DETAIL 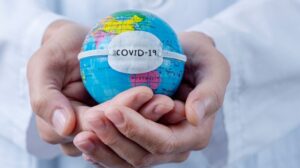 An expert group prepared by WHO intends to conduct a thorough analysis of the origin of the coronavirus, the Associated Press (AP) reported on Thursday.
“Further research is needed to determine how COVID-19 spread from the very beginning, including a more detailed analysis of the possibility of an abnormal situation in the laboratory,” the AP quotes excerpts from the report of the expert group.
The agency recalls that last year the US Department of Health announced that there was an extremely small possibility of the spread of COVID-19 among people due to a leak from the laboratory.
“Basic data to explain the emergence of the pandemic is still missing. Scientists said the group is open to any scientific evidence available to comprehensively explore all reasonable hypotheses,” the report says.
Infection with the coronavirus COVID-19 was first detected in the Chinese city of Wuhan in Hubei province at the end of 2019, then it began to spread around the world. On March 11, 2020, the WHO declared the coronavirus a pandemic.
By early April 2020, WHO reported that the number of cases of COVID-19 infection worldwide exceeded 1 million. By mid-October 2021, almost 240 million cases of infection had been registered worldwide.
Most scientists initially believed that COVID-19 was a virus of zoonotic origin. It is assumed that it could be transmitted to humans from bats. To determine the source of origin of the coronavirus, WHO initiated a special investigation. To this end, in early February 2021, a team of WHO experts visited the Wuhan Institute of Virology and, following the visit, concluded that a leak of viruses from the laboratory of the institute was “highly unlikely”. Many Western countries did not agree with the results of this investigation.
China has repeatedly opposed calls by WHO to conduct additional investigations in the country to determine the source of the origin of COVID-19.

WHO HANDS OVER 20 AMBULANCES TO UKRAINE 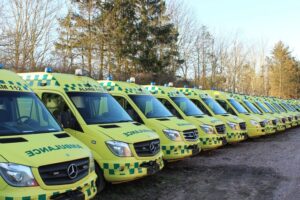 The World Health Organization (WHO) handed over 20 all-terrain ambulances to Ukraine’s Ministry of Health, capable of operating even in the most damaged and hard-to-reach areas, the WHO press service in Ukraine said Monday.
In addition, WHO has already delivered 393 tonnes of medical supplies and equipment to Ukraine. Of this amount, 167 tonnes have already reached their destination, mostly in the east, south and north of the country.

WHO: 99% OF THE WORLD’S INHABITANTS BREATHE POLLUTED AIR DANGEROUS TO HEALTH 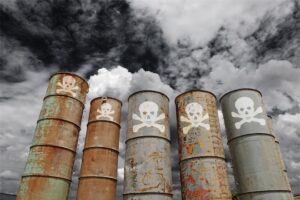 Almost all inhabitants of the Earth breathe air, the level of pollution of which poses a threat to their health, according to data from the World Health Organization (WHO).

“Almost all the inhabitants of the planet (99%) breathe air that is polluted in excess of acceptable quality standards established by WHO and therefore poses a threat to health,” the organization said in a press release to the air quality report. It notes that people everywhere breathe “air with high concentrations of fine particulate matter and nitrogen dioxide, with the highest levels of exposure in low- and middle-income countries.”

According to the report, air pollution can lead to serious health problems. For example, particulate matter enters the human lungs and enters the circulatory system, which can lead to cardiovascular and respiratory diseases, in particular asthma.

WHO is calling on authorities around the world to step up action to improve air quality, including switching to clean household energy and stricter vehicle emissions standards.

The WHO Air Quality Report and Database 2022 has been released ahead of World Health Day, which is observed annually on 7 April. 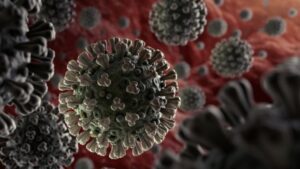