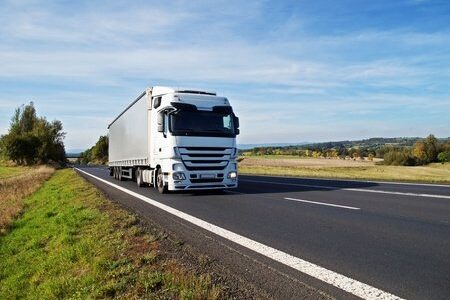 Given the closure of transit through the territory of Belarus and the Russian Federation, as well as an increase in the number of freight transport by road, a number of restrictions are being removed or adjusted from April 4, 2022, the Ministry of Infrastructure of Ukraine announced on its Facebook page on Monday.

According to the report, in particular, the period of validity of the electronic application for permits has been extended from seven to 10 days.

In addition, the following changes have been adopted for carriers: Poland – increased to five permits of all types per vehicle from April to May; Czech Republic – increased to two permits of all types but one vehicle up to 10 tons (for a month); Serbia – the restriction on travel across the country for vehicles up to 10 tons has been lifted; Romania – temporary registration of permits of the Organization of the Black Sea Economic Cooperation to Georgia, Azerbaijan, Kazakhstan, Uzbekistan for vehicles of the ecological standard Euro-3 and higher.

The Ministry of Infrastructure notes that from the very beginning of the war, it has been conducting systemic negotiations with partner countries on the abolition of the permit system for the period of martial law.

“As of April 4, we managed to agree on the cancellation of bilateral and transit permits for transportation through the territory of six countries of the European Union, in particular from Bulgaria, Hungary, Italy, Denmark, Latvia, Estonia, as well as through the territory of Georgia and Turkey. Slovakia also provided transportation without permits,” the report says.

In addition, as noted, a mechanism has been established for permit-free passage of all humanitarian cargo with Moldova, Romania, Slovenia, Austria, the Czech Republic, Poland, Germany, the Netherlands and Lithuania.