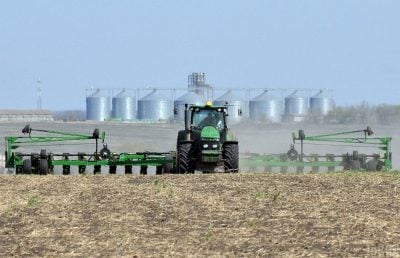 Ukraine will carry out a sowing campaign wherever there are no active hostilities, as of March 25, some 150,000 hectares of agricultural land have been sown in the country, the website of the Ministry of Agrarian Policy and Food reported on Friday.

These indicators are 1.5 times higher than last year – as of March 25, 2021, some 106,000 hectares of agricultural land were sown in Ukraine as part of the spring sowing campaign.

“We already see that in Kherson, Odesa, Mykolaiv, in spite of everything, the sowing campaign has begun under Ukrainian flags,”, First Deputy Minister of Agrarian Policy Taras Vysotsky said.

It is clarified that due to the military aggression of the Russian Federation in Ukraine this season, a decrease in the area under high-margin crops (sunflower and corn) is expected while increasing the area under crops that are easier to produce, but important from the point of view of food security – peas, barley and oats.

“These crops used to be niche, but they are simpler in terms of technology, and, nevertheless, important for people’s nutrition. Therefore, there will be such a shift from export-oriented crops to food crops for domestic consumption,” Vysotsky specified.

According to the ministry, Russian aggression will lead to a reduction in the area under crops in Ukraine by a third, which threatens the food security of 100 million residents of countries importing Ukrainian agricultural products, mainly from North Africa, the Middle East and Southeast Asia.