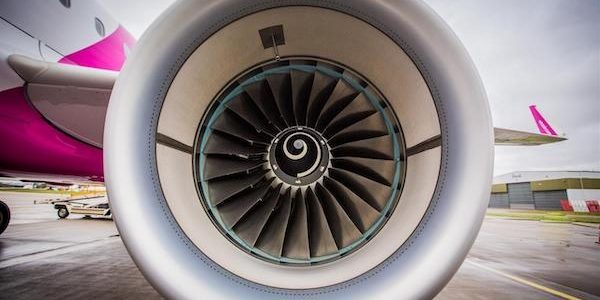 The Hungarian low cost airline Wizz Air has opened the second base in Ukraine at Lviv International Airport.
According to the press service of the Infrastructure Ministry of Ukraine, in July the company will operate five new flights from western Ukraine, in particular, from Lviv to Billund (Denmark), Tallinn (Estonia), Lisbon (Portugal), Hamburg (Germany), and Szczecin (Poland).
Wizz Air also plans to expand its route network by opening flights from Kharkiv to Tallinn and Berlin.
“The Ukrainian aviation industry needs to be restored as soon as possible for a further stable functioning and growth. Therefore, it is very pleasant that both Ukrainian and leading international airlines do not lose optimism during the coronavirus crisis, but rather seek new opportunities for development, opening up new popular directions. Wizz Air is a leading low cost company, which was one of the first to enter the Ukrainian market back in 2008,” Minister of Infrastructure Vladyslav Krykliy said.
It is expected that the opening of a new Wizz Air base will bring Lviv more than $100 million investment in 2020 and create more than 30 jobs.
“We are convinced that investments in opening the base and new routes will stimulate the development of the local economy, aviation and tourism,” Andras Sebok, the chief supply chain officer at Wizz Air, said.
The director general of Lviv Airport, Tetiana Romanovska, in turn, noted that 17 directions to different cities of Europe have already been opened from the airport.