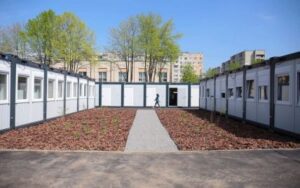 A small town for 13 families was built in the village of Bortyatyn, Sudovyshnyanskaya UTC, Yavorovsky District.

“Thanks to the cooperation of our international partners and local authorities, today 40 more mothers with children and elderly people from the Luhansk and Donetsk regions have received comfortable and safe living conditions,” Maxim Kozitsky, head of the Lviv regional military administration, was quoted as saying in the message.

The campus consists of 10 interconnected containers – 5 residential and 5 utility rooms. The houses have all the conditions for living, kitchens, bathrooms and showers. A children’s playground has been set up on the premises.

The town was built as part of a memorandum of cooperation between the regional military administration and the Safe Pass Group charitable foundation.

At present, 4 modular camps for IDPs have been built in the region, another one is being built in the Stryi UTG, two projects are under development. Earlier, the Academy of Construction of Ukraine announced the launch of a project for the rapid construction of housing in the format of 8-apartment buildings for Ukrainians who lost their homes. The construction of such housing takes about 60 days. m, a plot has already been allocated in the Buchansky district for the pilot implementation of two houses.

“The cost of the house, including construction, engineering, exterior and interior decoration, furniture, household appliances and climate engineering equipment, will not exceed $750 per square meter. This is an ambitious figure and difficult to achieve, but we have confidence in our suppliers, thanks to whom we we can count on such a prime cost,” said Ivan Peregynets, academician of the Academy of Construction of Ukraine, director of the scientific and technical center, during a press conference at the Interfax-Ukraine agency.

According to the academician, the garden partnership “Solnechnoye” in the Buchansky district of the Kyiv region decided to allocate a land plot of 0.1 hectares for the pilot construction of two houses of the “Biden” project. The sites already have engineering and transport infrastructure. Construction is scheduled to begin before July 1. According to the project, the area of one apartment in such a house is 60 square meters. m. The cost of such an apartment, including a parking space, will be about $45,000.

To finance the project, a special fund “International Construction Fund “Ukraine” was created. 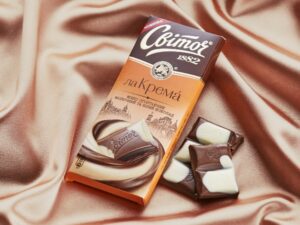 JSC “Lvov confectionery factory “Svitoch” (Lviv), controlled by Nestle and one of the largest manufacturers of confectionery products in Ukraine, will change its legal form of business from a joint-stock company (JSC) to a limited liability company (LLC).
The corresponding decision at the meeting on July 8 was made by the sole beneficiary owner of the enterprise – the company “Societte De Produit Nestle S.A.” (Societe Des Produits Nestle S.A.), according to the NCKBFR website on Tuesday.
“First of all, we want to assure you of the continuity and continuity of our business activities. We have no plans to stop such activities. On the contrary, the simplification of the company’s management system will lead to an improvement in the efficiency of such management,” the company said in a statement.
“Svitoch” clarified that all obligations assumed by it in accordance with the law and agreements with partners remain in force and will be fulfilled in full and within a certain period – either JSC “Lviv Confectionery Factory “Svitoch”, or its successor LLC “Lvivskaya confectionery factory “Svitoch”
Nestlé owns a 96.96% stake in the Svitoch confectionery. The Nestle group of companies in Ukraine also unites Nestle Ukraine LLC, Volynholding PrJSC (Torchin TM), Technocom LLC (Mivina TM).
Svitoch received UAH 70.44 million in net profit in 2020, and its revenue amounted to UAH 2.56 billion.

UFUTURE PLANS TO INVEST $20 MILLION IN CREATION OF INDUSTRIAL PARKS IN LVIV, VINNITSA AND BUCHA 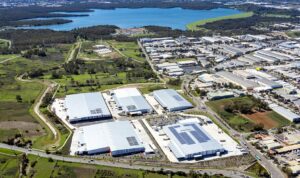 The holding company UFuture intends to invest $20 million in the creation of industrial parks in Lviv, Vinnitsa and Bucha, UFuture founder Vasily Khmelnitsky said in an exclusive interview with Interfax-Ukraine.
“I am considering plots for industrial parks, meeting with mayors. In Lvov and Vinnytsia, plots of 15 hectares, in Bucha – 20 hectares. In total (estimated investment) may be $ 20 million,” Khmelnitsky said.
In his opinion, these starting areas are too compact.
“Why is this not enough? What is 15 hectares? This is approximately 8-10 factories. And when you have built 10 factories and everything is fine there, then every year the place becomes even more attractive. An investor comes there who is satisfied with security and benefits, wants to build plant, and you already have nothing. Therefore, industrial parks need to be produced on areas of 100-200 hectares, but, unfortunately, there are not very many such sites, “Khmelnitsky said.
Regarding the sources of capital in the conditions of war, he said that he was counting on his own and credit resources.
“Today, almost nothing works for me, but I still have something, because I’m a rather big businessman. I met with a bank, which also has a difficult situation, we agreed that I would pay 50% on loans. “I’ll take some more loans from the bank. There are programs of 5, 10, 7%, this is set for economic growth, I think we need to give some soft loans,” Khmelnytsky said. 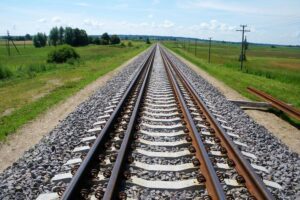 Projects of modernization to the European standard of the track from the border to Lviv and Kovel are described in the National Transport Strategy and require more than $ 75 million investment, said former Deputy Minister of Infrastructure of Ukraine for European Integration Viktor Dovgan to Interfax-Ukraine.
As reported, Prime Minister Denis Shmygal at a government meeting on Tuesday said that Ukraine will begin to gradually move to the European track to connect the Ukrainian railway with the EU, first connecting large hubs and large cities, and then gradually expanding across the country .
“Investments in such a large-scale project are unlikely, because 1 km of the European road – 1 million euros plus rolling stock. It is necessary to make short connections Lviv, Mukachevo, Chernivtsi and transfer. It is important to take an action plan of the National Transport Strategy. it is unrealistic to make a European track to Kyiv or Odessa at this stage, “Dovgan commented.
It will be recalled that in the Investment Atlas published by the Cabinet of Ministers at the end of 2020, two potential sections with the European standard of 1435 mm gauge were presented: Sknilov-Mostiska and Kovel-Yagodin-State Border.
The estimated cost of the Sknilov-Mostiska modernization project is $ 20.8 million, Kovel – Yagodin – State Border – $ 54.2 million.
In February 2022, Lviv OVA announced that within the framework of the presidential program “Big Construction” this year work will begin on the restoration of the 8-km Goskolitsa-Rava-Russkaya Eurorail, which they intend to implement within two years. 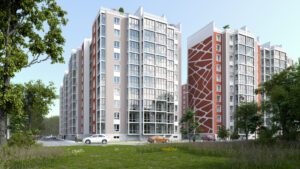 Vasyl Khmelnytsky, the founder of the UFuture holding, is considering the creation of an industrial park on the territory of the Syhnivka industrial zone in Lviv for the relocation of Ukrainian enterprises.
“We are considering the option of creating an industrial park here [in Lviv] so that our production facilities do not go abroad, but remain in Ukraine and create jobs in our country,” the entrepreneur said on Facebook after a meeting with Lviv Mayor Andriy Sadovy on Tuesday.
According to Khmelnytsky, the possibility of implementing the project is currently being discussed.
UFuture is a holding company that brings together Khmelnytsky’s business and social projects. It has a diversified portfolio of assets in real estate, infrastructure, industry, renewable energy, pharmaceuticals and IT. The value of UFuture’s assets is estimated at $500 million. The total capitalization of the businesses in which it has invested is up to $1 billion. 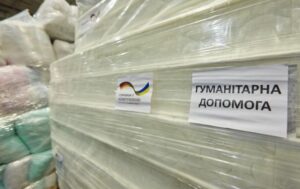 Humanitarian medical aid has arrived for health care institutions of Lviv region from Germany, some of the medicines are provided for the needs of other regions of Ukraine, said head of the Lviv Regional Administration Maksym Kozytsky.
“About six tonnes of medical humanitarian aid from Germany were received in Lviv region. These are insulins of different types and hemostatic. For distribution, the cargo was sent to one of the pharmacy warehouses of the region,” he wrote on the Telegram channel on Wednesday morning.
According to Kozytsky, four health care institutions of Lviv region, two of which are children’s, will receive part of the medicines. The other part will be stored in a warehouse for further needs of both Lviv region and other regions of Ukraine.
He also added that the medicines were collected in different cities of Germany and sent from the hospital of the German city of Regensburg called Merciful Brothers on a centralized basis. They organized a fundraiser for the purchase of medical rubber aid by Dr. Hubertus von Voss and Michelle Merter.
Kozytsky also said that charity concerts are being held throughout Germany, and for the proceeds from them they plan to buy another batch of medicine.
“The flow of aid to Lviv region was facilitated by the NGO Let’s Protect Ukraine Together,” said the head of the Regional Administration.