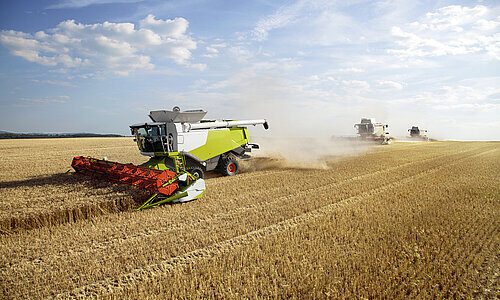 KSG Agro agricultural holding expects grain harvest in Ukraine to grow by an average of 10-15% compared to 2020, and one of the best harvests for the agricultural holding, owner of the agricultural company Serhiy Kasyanov has said in a press release from the company.
“Now we are primarily talking about winter crops, but I do not see any problems with spring crops either. Perhaps we will move somewhere in time and harvest the sunflower not in September, but in October. But this will not significantly affect the results. We, for example, predict that in our agricultural holding it will be one of the best harvests in recent years,” he said.
According to the farmer, the harvest forecast is very optimistic throughout the country, even in traditionally arid regions.
As reported, KSG Agro is a vertically integrated holding engaged in pig breeding, production, storage, processing and sale of grain and oilseeds. The land bank of the agricultural holding is 23,900 hectares in Dnipropetrovsk and Kherson regions.
KSG Agro in 2020 reduced its net profit by 3.2 times compared to 2019, to $1.27 million, increased EBITDA by 3.1 times, to $6.532 million, its revenue over the past year decreased by 11%, to $21.34 million.
Revenue from the livestock segment in 2020 decreased by 8%, to $10.3 million, while the food processing segment brought in 22% less and amounted to $8.4 million.