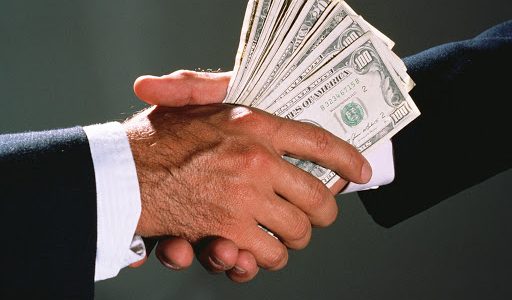 Тhe Board of the National Bank of Ukraine (NBU) will remain a team and is ready to work further, adhering to the current policy to maintain the stability of the economy in Ukraine, but subject to maintaining their right to make decisions independently, First Deputy Governor of the NBU Kateryna Rozhkova said on Thursday.
“The NBU Board made a rather difficult decision to stay working now… We see our task not only in maintaining macrofinancial stability, but also independence and the institutional capacity of the NBU – and this is, in fact, key conditions – hoping that they will be supported, we remain working,” she said during an online meeting of the NBU Board with business, a meeting’s participant from the business told Interfax-Ukraine.
Rozhkova added that the NBU Board seeks an open and effective dialogue with the government, since only in cooperation it sees an opportunity to ensure the further development of the country.
“The board remains in office for the term of its tenure, and I don’t think that one-man show is here, decisions are made collectively. Therefore… changing the policy or changing the course with this team will be impossible,” NBU Governor Yakiv Smolii said at the meeting.
He also said that he sees no reason to change developments and the course that the central bank has chosen. “Therefore, we will hope that everything will be fine and will move in the direction in which we are working now,” Smolii said.
The governor of the NBU said that the IMF and stakeholders who worked on the placement of eurobonds should not “focus on personalities.”
“First of all, we are working and worked with institutions. If we say that we continue to preserve the principles that were laid down, such as institutional independence, then I see no reason for there to be any radical changes both in our policy and [relations] with investors,” he added.
According to Smolii, speaking of political pressure on the central bank, he had in mind the draft resolution on assessing the activities of the governor of the NBU recommended by the parliamentary committee on finance, tax and customs policy, lawsuits and decisions, as well as the submission from 64 MPs to the Constitutional Court of Ukraine about compliance of banking law required for cooperation with the IMF with the Constitution.
“Thus, the deputies want to disrupt cooperation with the IMF – only the approval of this law was the benchmark of our current program, and they also want to “help” in the fight for PrivatBank,” he said.
He called frequent public criticism of the central bank by the NBU Council and an attempt to discredit the Board by Head of the NBU Council Bohdan Danylyshyn as another element of pressure.
“We see a direct political motivation for the positions and decisions of some individual members of the NBU Council, in particular the head. I recall that the head of the NBU Council has repeatedly publicly expressed his position regarding negotiations with the former owners of PrivatBank, de facto about returning the already healthy bank, which the state has capitalized, to them,” Smolii said.
He also recalled the unjustified, according to the NBU, refusal to include the extension of the powers of Deputy Head of the National Bank Oleh Churiy, whose tenure ends on July 10, in the agenda of the meeting of the NBU Council on June 30.
“With the pressure in which we have been living for more than a year, when people speak black and white, when low inflation is “a disaster for Ukraine,” it’s impossible to continue to do the things that we do. This is my challenge in order to preserve the independence of the central bank, to preserve the institutional ability that we tried to maintain,” the NBU governor said.
Smolii also said that after his resignation under the NBU law, Rozhkova will have the powers of the NBU board head, if the appointment of a new board does not occur on that day.
During the meeting, business representatives thanked Smolii for his work.