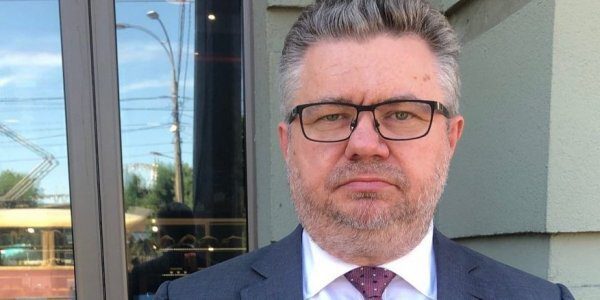 Ihor Holovan, an attorney for leader of the European Solidarity party Petro Poroshenko, released an extract from a court ruling on the seizure of the assets of TV channels Pryamiy and Channel 5, as well as a corresponding extract from a prosecutor’s petition.
“Here is a screenshot of the seizure warrant, and below is a screenshot of the prosecutor’s petition, which her honor Bortnytska rewrote in her ruling, along with mistakes and typos. And everything is listed there in the light of day: subsidiary company NBM-Zaporizhia Television and Radio Broadcasting Company and Author TV Television Company LLC. Companies directly involved in broadcasting programs of opposition TV channels,” Holovan said on Facebook.
At the same time, the attorney said, there is no Poroshenko’s share in the capital of these legal entities.
“Petro Poroshenko has long ago and publicly transferred these assets to Free Media LLC, whose founders are a dozen well-known journalists and MPs. That is, prosecutors and the judge deliberately seized media assets that do not belong to Petro Poroshenko,” he said.
Holovan also said that instead of the code of Author TV Television Company LLC, the documents indicate the code of another asset of Free Media LLC – Express-Inform Television and Radio Broadcasting Company LLC.
“However, we do not think that this is due to stupidity and unprofessionalism typical of the Prosecutor General’s Office and the SBI. We are convinced that Belkin, Potapenko, Safaryan and her honor Bortnytska acted deliberately, since the main customer, in our opinion, Zelensky is interested precisely in the destruction of opposition television channels. Anyway, the media assets of Free Media LLC were illegally seized. And I am convinced that the owners of Free Media LLC will not only file an appeal, but also demand an investigation into the actions of Belkin, Potapenko, Safaryan and Bortnytska for corpus delicti, provided for in Article 171 of the Criminal Code of Ukraine [obstruction of the legitimate professional activities of journalists],” Holovan said.