On Thursday, July 30, the press center of the Interfax-Ukraine News Agency hosted a press conference, titled “Who Destroyed Ukraine’s Horse Breeding, and Why? How to Save the Industry? The Opinion of the Heads of Horse Breeding Enterprises.” The conference was attended by Director of Oleksandria stud farm of SE Horse Breeding of Ukraine Oleh Rodionov, Director of Dubrovsky stud farm of SE Horse Breeding of Ukraine Vadym Danylevsky, Director of Lozovsky stud farm of SE Horse Breeding of Ukraine Ihor Dubovyk, former Head of Odesa Hippodrome Kostiantyn Savchyts, President of the Anti-Corruption Entrepreneurial front Ihor Yehorov, lawyer of JSC Ri Group Sabina Knysh, as well as other directors of state-owned horse breeding organizations.
“We have gathered to tell Ukraine and people what is happening at the strategic enterprise. We will not ride to the Olympics on a pig. And such stud farms as Derkulsky, where ten generations of grooms, coaches, jockeys worked, have been completely ruined,” Oleksandria stud farm director Oleh Rodionov said.
Ihor Dubovyk, the director of the Lozovsky stud farm of SE Horse Breeding of Ukraine, said today the horse breeding industry is primarily based on state stud farms. He called on industry representatives to unite and convey their position to the authorities. According to him, the industry urgently needs to put things in order and provide state support to horse breeding.
“During the reform of the agro-industrial complex, livestock breeding in general, and especially horse breeding, suffered the greatest losses. Horses were distributed, sold, and wages were paid with horses. Until 1997, there were two stud farms and 18 pedigree horse farms in Ternopil region. To date, there is not a single stud farm and not a single breeding farm. Now horse breeders have to travel to the villages and beg, as there is simply nothing to feed the horses. What is this if not a crime?” Director of the Western Plemkonetsentr branch Yuriy Volynets said.
According to lawyer Sabina Knysh, on the basis of the documents received by the new management of the state enterprise, it was established that the heads of the stud farms of Luhansk region (Striletsky, Lymarivsky, Derkulivsky, Novooleksandrivsky) committed a number of offenses, with the use of state property, illegal operations for sowing, harvesting and selling crops in land plots owned by the Horse Breeding of Ukraine. It was also established that the managers appointed by Zinchenko K.M. have a criminal record, and that some were convicted of serious crimes.
“The schemes for the illegal receipt of profits from state lands are run by the local farmer-authority Khabib Makhachevich Batirsultanov, whose wife works in the prosecutor’s office of Luhansk region, and the funds are withdrawn through fictitious operations through Dubrava LLC controlled by Khabib,” Knysh said.
According to the lawyer, in order to retain power at the state enterprise Horse Breeding of Ukraine, Zinchenko, Orekhov O.V. (his deputy) in collusion with Batirsultanov and other interested persons have initiated actions blocking the activities of the new management of the enterprise, placed articles in the media and arranged protest actions and the like. The purpose of these actions is to focus public attention not on abuses on the part of Zinchenko and his team, but on the alleged usurpation of power in the state enterprise by Zhara K.K. (LLC Millennium), which previously provided services for sowing, processing and harvesting at the Horse Breeding of Ukraine.
“However, these facts are not confirmed by anything, which cannot be said about empty acts of acceptance and transfer of not yet grown, but not harvested crops between the Luhansk branch of Horse Breeding of Ukraine and LLC Dubrava,” the lawyer said.
Leading horse breeders of Ukraine have called on the Cabinet of Ministers to urgently intervene in the situation, bring the perpetrators to justice, create a commission comprised of specialists and develop an action program to bring the industry out of the crisis. 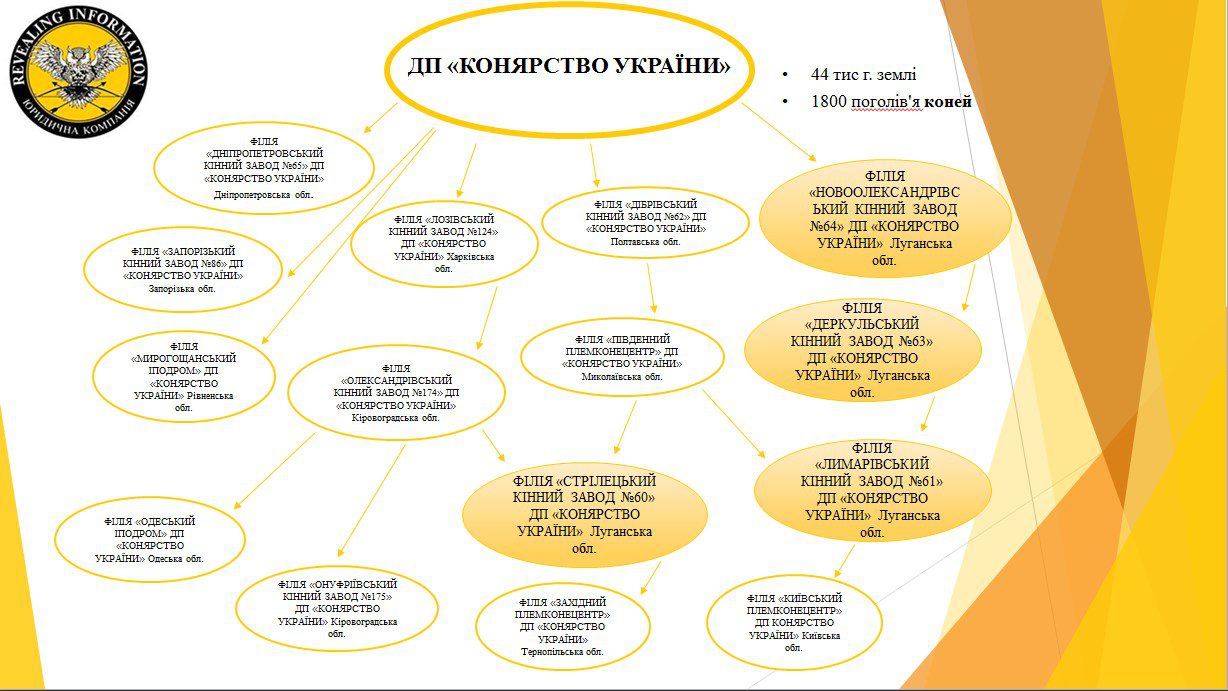 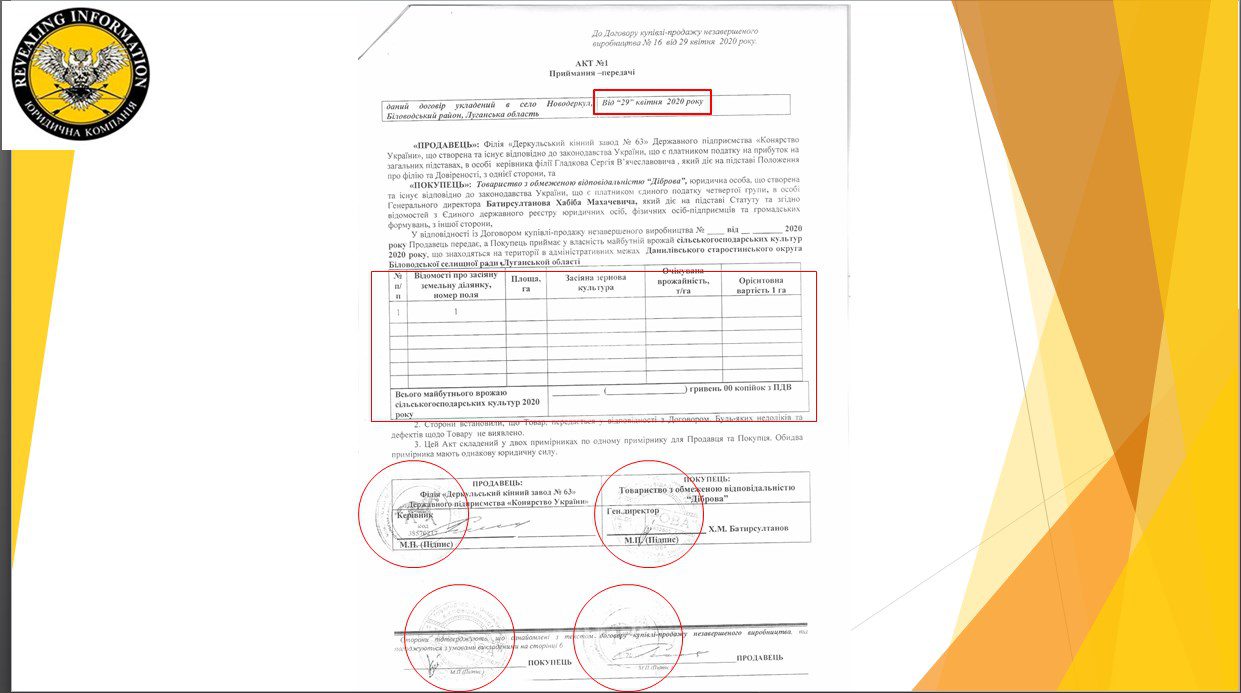 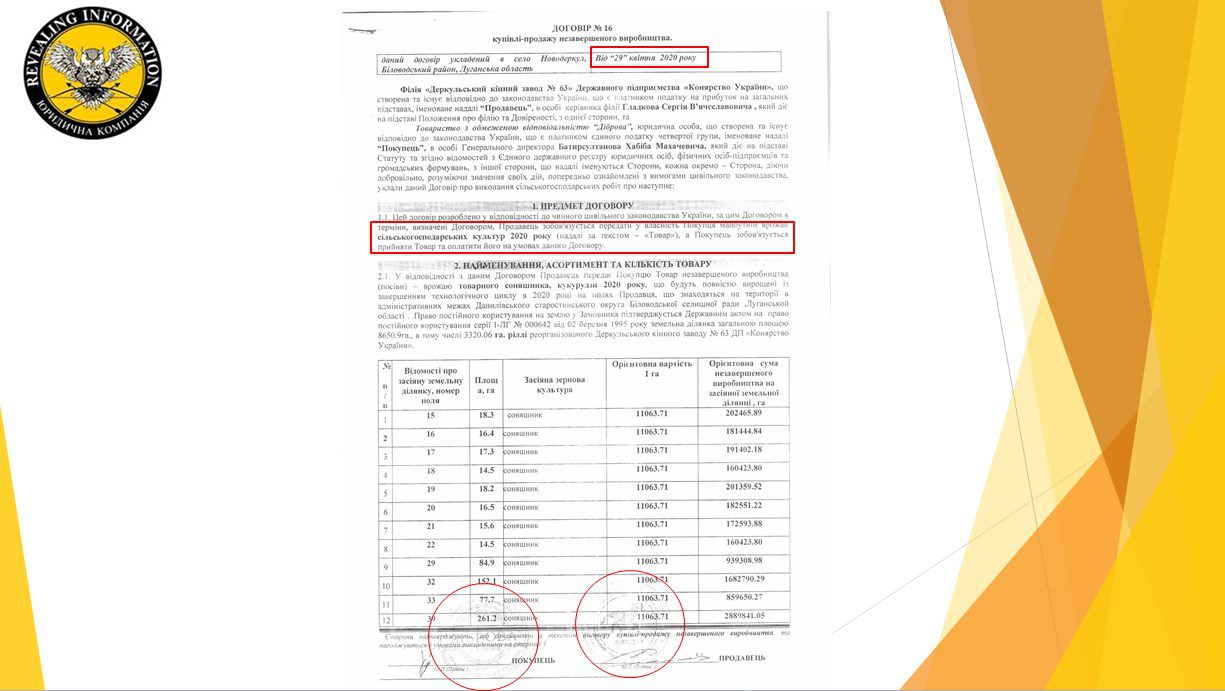 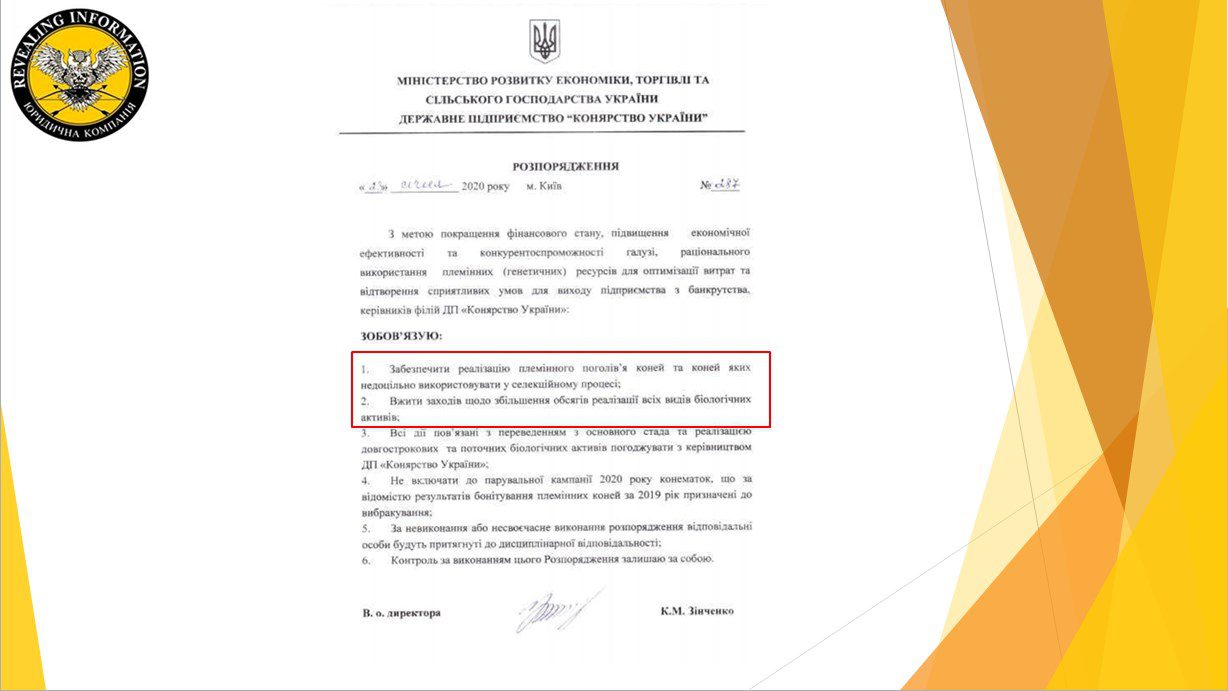 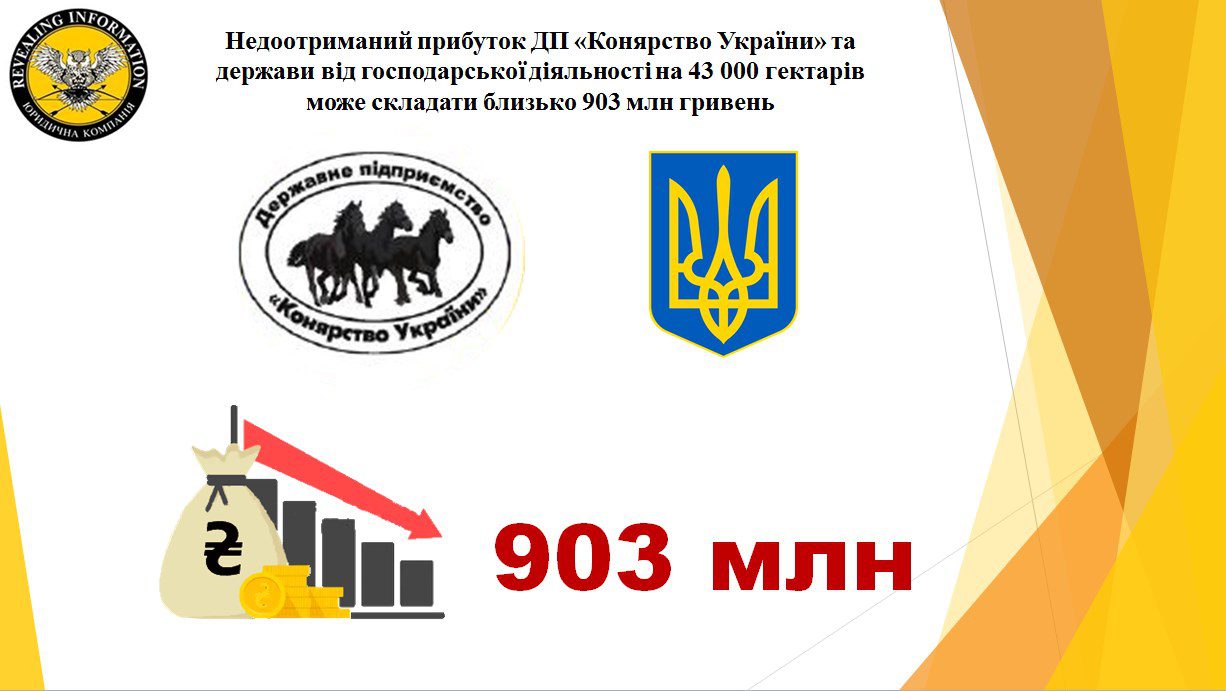