AIS Group of Companies, an exclusive distributor of China’s FAW Group brand cars in Ukraine, plans start selling five models of cars under this brand in all categories (small tonnage, small commercial, medium tonnage and heavy tonnage vehicles) on Ukrainian market in the next few months of this year. As the company’s press release said, the start of sales was scheduled for October. A FAW B30 compact passenger sedan with a 1.6-liter petrol engine rated at 109 l/s with a 6-speed AISIN Japan’s automatic transmission will be the first model to sell.
It also planned to start selling a FAW X40 compact crossovers with a 1.6-liter petrol engine rated at 109 l/s with manual transmission.
“These models will be competitive to European, Korean, Chinese brands, which will be offered under the most affordable price,” the company said in its press release.
Besides, the company will offer a FAW Tiger VR small commercial vehicle with a carrying capacity of up to 1.5 tonnes with a 2.3-liter Weichai diesel engine with 110 l/s, with a reinforced frame and chassis, anti-lock braking system and power steering; and a FAW Tiger V medium tonnage truck with a load capacity of 4.7 tonnes with a 3.8-liter Cummins diesel engine with 139 l/s and ZF transmission.
“It is planned that a FAW Tiger model line will compete with GAZ commercial and cargo vehicles,” the Group said.
Moreover, by the end of the year market will see two modifications of large tonnage dump trucks FAW J6P 6х4 и FAW J6P 8х4 of wheel configuration, engine power 375 l/s and 390 l/s and a load capacity of 19 and 23.6 tonnes respectively.
Leading world leaders alike Bosch, Wabco, Sachs, ZF, Fast, Eisenmann, TRW, Tenneco and others are suppliers of the component parts for production of FAW cargo vehicles.
As reported, the AIS Group, a leading operator selling and servicing vehicles for business in Ukraine, signed an exclusive distribution agreement with China First Automotive Group Corporation (FAW).
Under the agreement, the AIS Group will present FAW trucks in Ukraine.
AIS group of companies, established in 1992, is the national network of auto centers and service stations, spares stores, a manufacturing enterprise, regional automobile warehouses and a logistics center for storage and distribution of spare parts, a customs and licensed warehouse, and a motor transport company.

AIS WILL START PRODUCTION OF TRACTORS IN UKRAINE 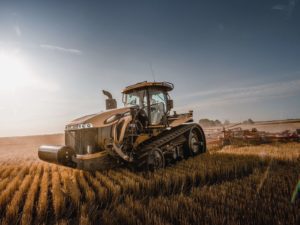 AIS group of companies plans to start producing tractors under the KrASZ brand from the components of the leading Asian companies at the Avto-Holding plant (Kremenchuk, Poltava region), AIS has said in a press release.
At the first stage, it is planned to establish the production of agricultural machinery with a capacity of up to 30 hp, which is most in demand among small and medium-sized farms.
“The segment of this equipment has a rather large capacity, according to our estimates, it is more than 17,000 tractors per year, and it is developing steadily. We expect in the medium term to occupy from 5% to 10% in it,” the press service said citing AIS Marketing Director Serhiy Borovik.
The group has not yet disclosed the remaining details of the project, noting that detailed information about the model range planned for production, prices and the start of accepting orders will be announced in August-September of this year.
AIS group of companies, established in 1992, is the national network of auto centers and service stations, spares stores, a manufacturing enterprise, regional automobile warehouses and a logistics center for storage and distribution of spare parts, a customs and licensed warehouse, and a motor transport company. 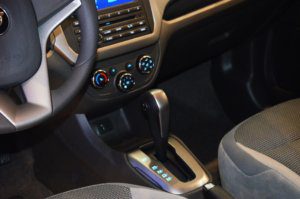 AIS group of companies, a large operator in the automotive and special vehicles market, in January-October of this year increased car sales by 27% compared with the same period last year, to 5,500 units, the press service of the company has said.
“AIS shows a positive trend, despite the fact that the automotive market is stagnating and began to show negative dynamics,” the report says.
The income of the group of companies for this period amounted to UAH 2.7 billion, obligatory payments to the national budget (VAT, duty, excise) amounted to UAH 0.9 billion.
According to the company, during this period sales of Geely cars increased by 51%, Citroen by 33%, Peugeot by 102%. In addition, sales of MAZ trucks showed an increase of 150%.
The business program AIS AutoTrade for used cars showed a sales growth of 57%. The company is also the leader in sales of the automobile brands Renault, Citroen, Ravon, and others in Ukraine.
Among the factors contributing to the sales growth are a number of ongoing programs. In particular, due to financial products, credit/leasing sales reached 30% with the average market indicators standing at 10%-15%.