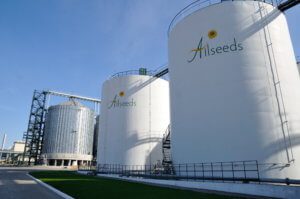 The Dutch Entrepreneurial Development Bank FMO (Nederladse Financierings-Maatschappij voor Ontwikkelinglanden N.V.) and Cyprus-based Abbeydrift Limited through a specially established company (SPV) can jointly with Cypriot Badoix Investments Ltd. indirectly gain control over Allseeds S.A. (Luxembourg), the holding company of Allseeds Group, a large Ukrainian producer and exporter of vegetable oils. According to the website of the AMC, it provided the relevant permit to FMO and Abbeydrift Limited.
Earlier mass media called Badoix Investments Ltd. one of the founders of Allseeds S.A.. At present, the ultimate beneficiary of the Luxembourg company in the state register are CEO of Allseeds Viacheslav Petrysche and Trade Director Cornelis Vrins (a citizen of Switzerland).
The Cypriot company Abbeydrift Limited was established in late 2014. There is no additional information about it.
The Dutch Entrepreneurial Development Bank FMO in mid-July this year disseminated information on preparing a project for the issuance of $15 million loan to Allseeds to increase the company’s capacity and achieve maximum efficiency without buying new equipment. However, now information about this project is not available on the FMO’s website.
Allseeds Group was founded in 2010. In July 2015, the group commissioned an oil extraction plant at Yuzhny port with a capacity of processing 2,400 tonnes of sunflower seeds per day (or 1,800 tonnes of rapeseeds, or 1,500 tonnes of soybeans).