DAVID ARAKHAMIA: UKRAINE TO BE ABLE TO RESUME NEGOTIATIONS WITH RUSSIA AT LATE AUGUST 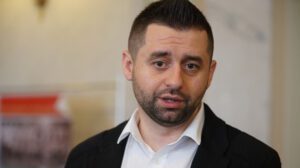 “We don’t want to share our plans with the Russians, because they can see it in open sources. But I think we will conduct counteroffensive operations in some places,” he said in a comment to the Voice of America, answering the question of what will happen at the end of August.

To date, the Ukrainian side does not consider the possibility of resuming negotiations. At least, by the time Ukraine does not strengthen its forces, and Russian troops do not return to the positions they were in before February 24, Arakhamia noted.

“The minimum acceptable agreement would be if we kicked them out or they voluntarily retreated to the positions where they were before February 24,” the politician said.

After that, as explained in the negotiating group, it will be possible to talk about the return of all sovereign territories, including Crimea and the territories of Donetsk and Luhansk regions.

“We could consider some kind of political agreement, like the one we proposed in Istanbul. For example, we have not touched on the Crimean issue for several years. We are not doing this militarily, but we are doing it in a diplomatic and political way,” Arakhamia said.

ARAKHAMIA ANNOUNCED PREPARATION OF PROGRAM TO REDUCE COST OF BUREAUCRACY

Chairman of the Servant of the People faction David Arakhamia announced the preparation of a program to reduce government spending on the bureaucracy.
“We are now preparing an extensive program to reduce government spending on apparatuses, on bureaucracy. Everyone has been talking about this for 30 years. Now the war will eventually force everyone to do this. And this, it seems to me, is a unique chance for the country to increase the efficiency of the state during martial law. And then go out with the same mood after the victory. So that it is no longer a burden, but, in fact, a driver for the growth of the state and the economy,” the Verkhovna Rada telegram channel quotes Arakhamia as saying on Saturday. 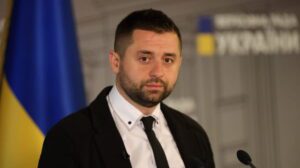 The Russian side at the talks with Ukraine agreed that the referendum is the only way out in the process of recognizing the country’s neutral status, David Arakhamia, head of the Ukrainian delegation at the talks, said during a telethon on Ukrainian television on Saturday.
“The Russian side agreed that this would be the only way out of this situation,” he said.
Answering the question what will happen if the transition to a neutral status is not supported by the people of Ukraine, Arakhamia said that “the treaty will then not have legal force, and we will either return to a state of war, perhaps, or return to new negotiations.”

DAVID ARAKHAMIA: NEGOTIATIONS WITH RUSSIA WILL RESUME ON APRIL 1 IN AN ONLINE FORMAT 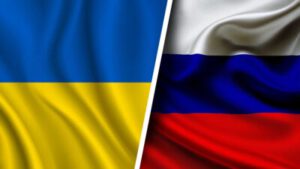 Negotiations with the Russian delegation in an online format will resume on April 1, said the head of the Ukrainian delegation at the talks with the Russian Federation, David Arakhamia.
“At the talks in Turkey, we also announced that a meeting of the leaders of the two states was now required. The Russian delegation replied that first we need to have a more coordinated draft treaty. In a week we will work out what depends on the participants in the negotiation process,” he wrote in his telegram channel.
At the same time, Akharamiya expressed the assumption that after that the presidents of the countries would meet. At the same time, according to him, Ukraine insists that such a meeting take place not on the territory of Russia or Belarus.

ARAKHAMIA: ABRAMOVICH “PLAYS A VERY POSITIVE ROLE” IN THE NEGOTIATIONS BETWEEN UKRAINE AND RUSSIA 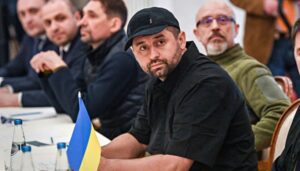 The head of the Ukrainian delegation at the talks with the Russian Federation, David Arakhamia, considers the role of the Russian oligarch Roman Abramovich in this process to be positive, since he initially acted as an “unofficial channel of communication.”
“In fact, to be honest, he plays a very positive role. But I don’t understand why he began to play a public role. Because from the very beginning he had such a role that in negotiations it is called back channel, that is, an additional communication channel, unofficial , which helps to say some complex things in normal human language, and not in diplomatic – what they cannot say officially. Then, thanks to the international press, this hidden channel became known to the whole world in fact. As far as I understand the position, it is no longer hidden and is no longer a back channel, but is another face in the negotiations,” he said in an interview on the air of the national telethon.
Arakhamia believes that Abramovich is trying to position himself as a neutral party in the negotiation process.
“Although we do not perceive it as a neutral side. But, we can say that it is, of course, more neutral than the official side of the negotiations,” the head of the Ukrainian delegation added.

MEMBERS OF THE UKRAINIAN NEGOTIATING GROUP CONTINUE THEIR WORK IN TURKEY, MEETINGS WITH TURKISH OFFICIALS ARE PLANNED – ARAKHAMIA 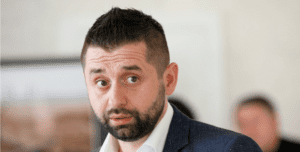 The Russian delegation left Turkey, members of the Ukrainian negotiating group continue their work abroad, said the head of the Servant of the People faction and the head of the Ukrainian delegation at the talks with the Russian Federation, David Arakhamia.
“In particular, on March 30, meetings are scheduled with Turkish officials, during which they will discuss cooperation in the military-technical sphere. After that, representatives of our delegation will return to Ukraine today,” he wrote on the Telegram channel.