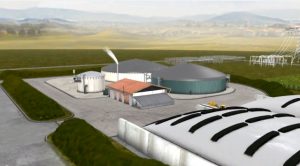 Clear Energy Group plans to launch the fourteenth biogas plant for the group this month, the group’s CEO, Andriy Hrinenko, has said.
“We have built 14 landfill stations on landfill gas. These are, in particular, Kharkiv, Bila Tserkva, Kryvy Rih, Kherson, Ivano-Frankivsk, Kremenchuk, Lutsk, Chernihiv, Poltava. In March, we are launching a biogas station in Ternopil,” he said in interview to the online portal Energy Reform.
Thus, the total capacity of all biogas plants of the group will be 15.1 MW, which is 75% of the entire market for electricity generation from landfill gas in Ukraine.
According to Hrinenko, the group sees great prospects in the development of landfills for the production of electricity and heat, and the decision to work in this area was made several years ago, based on the fact that the market for processing solid household waste remained underestimated.
“Now in Ukraine, 10 million tonnes of household waste is produced annually. This is gold under our feet, which we do not use. It can give 1.2 billion kWh of electricity and 3.5 million Gcal of thermal energy per year if properly utilized. We can also generate one billion cubic meters of biogas from this waste,” he explained.
At the same time, Hrinenko noted that the development of this sector needs to be streamlined at the legislative level, for which the group has developed a bill on energy waste disposal, the adoption of which will be sought in the Verkhovna Rada after the presentation to the mayors of the cities.
“Firstly, we want to achieve the same protected cost item for utilities for paying for heat generated from waste as they have for paying for gas. Secondly, we do not ask for any inflated tariffs. We want to sell electricity at the day ahead market price, but give the basic rules,” he defined the main points of the bill. 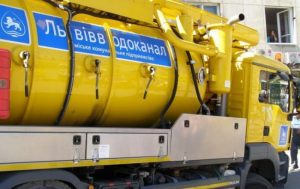 Lvivvodokanal has signed an agreement with the Slovenian-Norwegian consortium Riko-Cambi on the construction of a biogas station with combined heat and power production for EUR 31.5 million.
“Based on the results of the international selection procedure for the implementation of the project for biogas production from municipal sewage sludge, the Slovenian-Norwegian consortium Riko-Cambi was appointed as the contractor. The contract will last until June 2023,” the press service of Lviv City Council said.
According to the work schedule, design and estimate documentation will be developed by September-2021, construction, installation and commissioning by June 2022, the commissioning of the facility by June 2023.
The station will generate electricity in the amount of about 20,000 MW/year and heat.
“It will improve quality of life for many, cutting CO2 emissions by 120,000 tonnes/year. A good example of EU Green Deal at work!” Matti Maasikas, the Head of the EU Delegation to Ukraine, said on Facebook.
The project is financed by a loan of the European Bank for Reconstruction and Development (EBRD) in the amount of EUR 15 million and the Nordic Environment Finance Corporation (NEFCO) in the amount of EUR 5 million, a grant from the Eastern Europe Energy Efficiency and Environment Partnership(E5P, EUR 7.5 million) and Lviv City Council (EUR 4 million).

BIOGAS PLANT FOR GENERATING ELECTRICITY TO BE BUILT IN KYIV 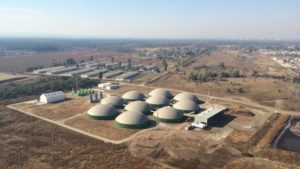 A biogas plant for processing plant waste and generating electricity is to be built in Kyiv, Kostiantyn Yalovy, the head of the standing commission on environmental policy at Kyiv City Council, has said.
“I haven’t written about a biogas plant in the capital for a long time. This is equipment that will be able to process plant waste in an environmentally friendly way, resulting in biogas and organic fertilizers,” he wrote on Facebook.
According to Yalovy, the corresponding draft order is being approved by Kyiv City State Administration.
According to the project, the customer of the construction will be municipal enterprise Kyivzelenbud, the design and estimate work will cost UAH 3 million.
“Biogas received will be generated in electricity and launched into the network at a feed-in tariff,” the official said. 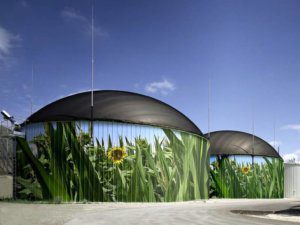 A new biogas plant would start operating in the coming month in Okny district of Odesa region, Deputy Head of Odesa Regional Administration Svitlana Shatalova has written on her Facebook page. She said that at present the startup work is being conducted at the plant, which construction cost EUR 17 million.
“They want to build four more,” the official said. According to the Okny District Administration, the plant was designed to treat waste and silage into biogas for the production of electric and heat energy. The capacity of the complex will be 5 MW. It will create 25 jobs.
The sole founder of Wimexim Trade House with a statutory fund of almost UAH 29 million is Cyprus KO Biogas Development Company Ltd.