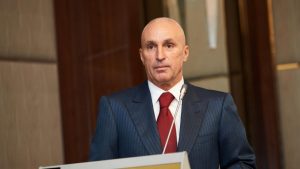 Ukrainian businessman Oleksandr Yaroslavsky, the former co-owner of UkrSibbank, could acquire Bank Credit Dnipro, which is currently owned by Ukrainian businessman Victor Pinchuk.
The Antimonopoly Committee of Ukraine (AMC) told Interfax-Ukraine that the agency allowed Yaroslavsky to purchase more than 50% of the shares in the bank.
EastOne investment and consulting group, combining Pinchuk’s assets, did not comment on this information.
Yaroslavsky at the end of January informed Interfax-Ukraine agency about the completion of preparation of the documents necessary for the transaction on the purchase of Bank Credit Dnipro, which could happen in the coming days.
Bank Credit Dnipro was founded in 1993.
According to the National Bank of Ukraine, as of October 1, 2019, in terms of total assets (UAH 11.784 billion) the bank ranked 21st among 76 existing ones. In early February this year, the bank completed the procedure of increasing charter capital by UAH 866.562 million, or 32%, to UAH 3.587 billion. 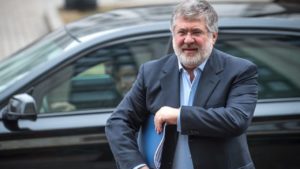 Businessman Ihor Kolomoisky, as the main shareholder of the 1+1 media group, will head the supervisory board of the 1+1 television channel, the channel’s press service said. “Today, on December 19, 2019, 1+1 Media announces the completion of the decentralization process and presents an updated management structure for the group. … Ihor Kolomoisky, as the group’s main shareholder, will head the Supervisory Board of Studio 1+1 TV Radio Company LLC,” it said.
In addition, Yaroslav Pakholchuk has been appointed the new head of the 1+1 media board and the director general.
It is noted that MP Oleksandr Tkachenko (faction of the Servant of the People) remains the honorary president of 1+1 media.
Media holding 1+1 media manages the following TV channels: 1+1, 2+2, TET, PlusPlus, 1+1 International, Unian-TV, Bihudi, the news agency UNIAN, such Internet projects as Hlavred and Telekrytyka. The holding also has its own production department, which includes the 1+1 video VOD platform and Media & Production High School. The main owner of the group is Ihor Kolomoisky. 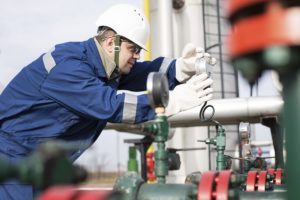 Co-owner of the shopping and leisure center Sky Mall, businessman Andriy Adamovsky has started gas production business in Mongolia and is considering opportunities for entering Ukraine’s hydrocarbons market.
In an interview with Ekonomichna Pravda (Economic Truth), Adamovsky said that he decided to start this business in Mongolia due to the availability of the large market in the country and a simpler than in Ukraine procedure of entering it.
He added that he was studying the Ukrainian hydrocarbons market with due diligence.
“We are considering prospects of participation. Not all deposits are good. There are way too many risks in the production sphere, especially if we take greenfield projects,” he said.
When speaking about activities of Trade Commodity LLC, in which he was an investor, Adamovsky refused to name the initiators of the business.
Trade Commodity LLC was registered in 1999. Its core business is petroleum production.
The company is involved in the case on embezzlement of public funds during procurement of fuel for the Defense Ministry of Ukraine. 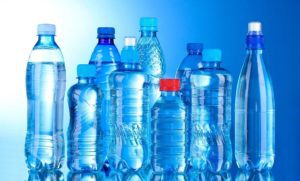 Kyiv’s businessman Dmytro Nikiforov has built up 100% of corporate rights in a group of companies owning the Mizun mineral water plant (Ivano-Frankivsk region), producing water under the VODA UA trademark. According to the information on the website of InVenture, the group of companies includes Mizun LLC, Astreya LLC and Karpaty Mineral Waters LLC. Mizun deposit of table and medicinal waters is the largest in Ukraine with a confirmed debit of 1 million liters per day. The plant produces 19 SKU of natural table water under three trademarks (VODA UA, Horianka, Karpatska Vysokohirna), as well as mineral medicinal water. The total capacity allows bottling 150,000 liters per shift.
According to InVenture, the new owner of the plant seeks to invest $2.4 million in the modernization and expansion of production, and in the two-year term – to enter the top 10 Ukrainian bottled water producers.
“According to experts, the purchase of the plant could cost the businessman $1.5-2 million. The flagship brand of the VODA UA group was created about three years ago and demonstrates strong growth, primarily in the HoReCa segment,” InVenture said.
According to the public register of Legal Entities and individual entrepreneurs, Nikiforov also co-owns several enterprises registered in Kyiv and is engaged in trade, consulting services, and other services. 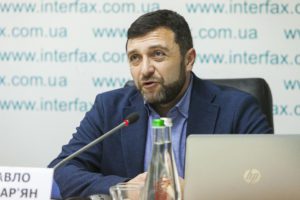 Columb Trade LLC, which delivers cars from the United States, accuses staff of Kyiv’s State Fiscal Service of misconduct and confiscation of personal property of the company’s co-founders during raiding the company’s office, Columb Trade co-founder Pavlo Kazaryan said at a press conference in Interfax- Ukraine on Tuesday.
According to Kazaryan, during the raid, the employees of the State Fiscal Service seized $28,000, nine MacBooks and 11 iPhones, including personal funds and equipment of the company’s employees.
He said that the raid was made on December 26, 2018 on the basis of a ruling of the Holosiyivsky District Court as part of a pretrial investigation registered on the signs of a criminal offense of covering up illegal activities and tax evasion.
Kazaryan himself considers these actions of the employees of the State Fiscal Service as pressure on legitimate business and raiding. 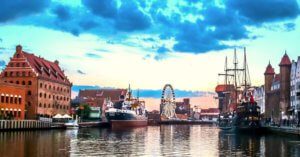 The Industrial Development Agency of Poland (IDA) has reported that the first, most important stage of negotiations on the acquisition of the stake belonged to Ukrainian businessman Serhiy Taruta in Gdańsk Shipyard S.A. and GSG Towers Sp. z o.o has been completed.
“On March 28, the sides signed an agreement (the so-called term sheet) regarding the main terms of the final deal… The sides approved the key conditions of the deal and the schedule for the transfer of control over companies to the IDA,” the IDA said on its website.
The agency said that the offer was preceded by several weeks of intensive talks launched in January 2018 after the IDA filed an application to purchase assets from the Ukrainian owner.
Earlier Taruta told Hromadske TV that his daughter held the negotiations, as he is not involved in business now.
According to the report, of the IDA, its offer is of the market nature. The finalization of the deal still requires the observation of some conditions approved by the two sides, including the approval from the Poland’s antimonopoly agency.
The IDA plans to stabilize the situation at the two enterprises and continue building ships and towers for wind farms.
The IDA now owns 18.59% in Gdańsk Shipyard and 50% in GSG Towers, while the rest of the shares belong to the Ukrainian investor.