UKRAINE IS INTERESTED IN DEVELOPING DEFENSE COOPERATION WITH CAIRO 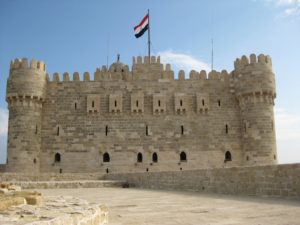 Kyiv is interested in developing defense cooperation with Cairo and offers Egypt cooperation in modernizing its air defense system.
The press service of the Ukroboronprom state concern reported on Thursday that cooperation plans were discussed by Ukroboronprom Head Pavlo Bukin and Director for Production of the National Organization for Military Production (NOMP) of the Egypt’s Ministry of Military Production Hassan Ahmed Abdel-Mageed at the IDEX 2019 international defence exhibition held in Abu Dhabi (the UAE).
“In accordance with the agreement, the Ukrainian side will provide proposals for the modernization of anti-aircraft missile systems and other air defense systems used by the Egyptian Armed Forces. Comprehensive modernization may include a complete replacement of the outdated element base with modern solid-state elements: along with the modernization of anti-aircraft missiles, this will allow increasing the range of target detection and destruction by several times,” the concern said.
According to the press service, the prospects for cooperation in the ammunition sphere were also discussed at the meeting.
“Currently, the parties are considering a project to establish a joint production of precision and conventional ammunition for artillery systems of various calibers,” the concern said.