60% OF SMUGGLED CIGARETTES IN UKRAINE COME THROUGH PORTS 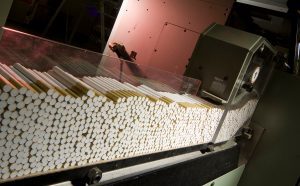 About 60% of attempts to smuggle cigarettes is recorded through ports, in general, tobacco products are most popular among other smuggled goods, First Deputy Head of the State Border Guard Service of Ukraine Volodymyr Nikiforenko has said.
“More than 60% of smuggling is detected in ports. There are significant consignments of seized cigarettes. For example, one of the recent large consignments detained is estimated at about UAH 80 million,” he said at a press conference at Interfax-Ukraine on Wednesday.
According to Nikiforenko, in general, this year the State Border Guard Service suppressed attempts of illegal movement of tobacco products across the border about 750 times, seized 12 million packages of cigarettes.
“During this year, our colleagues and partners, and we interact with law enforcement agencies of countries adjacent to Ukraine, note a 50-67% fall in the volume of smuggling from Ukraine to Europe,” he said.
The first deputy head of the State Border Guard Service added that drones and small aircraft are often used to supply cigarette contraband.
“There are indicative episodes when we detained a plane that launched from Cherkasy region and was moving to the Romanian border. In just one day, it violated the airspace four times. The plane was detained, criminal proceedings are underway,” Nikiforenko said.
With regard to the fight against smuggling of cigarettes, Nikiforenko supported the legislative initiative to return criminal responsibility for smuggling an excisable group of goods.
“We are losing in the influence on the development of the criminal situation in the border zone to our neighbors, where the law enforcement influence on these processes is tougher. This encourages wider population to this illegal activity. Where there is administrative responsibility, our Romanian neighbors can bring to criminal responsibility with serious consequences: for 10 boxes of cigarettes you can get five years in prison. Romanians are less involved in this [smuggling], while in Ukraine many settlements “specialize” in this for years,” Nikiforenko said, adding that only about 2% of cigarettes with a Ukrainian excise label are seized on the border, while the rest is counterfeit and smuggling from other countries. 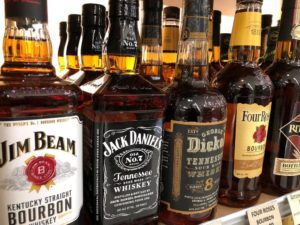 The Cabinet of Ministers has abolished licensing for imports and exports of ethyl, cognac and fruit alcohol, ethyl rectified grape and fruit spirit, alcoholic drinks and tobacco products.
The decision was made at a government meeting on July 24 with the subsequent coordination with Deputy Prime Minister for European and Euro-Atlantic Integration Ivanna Klympush-Tsintsadze.