The Cannes Corporate Media & TV Awards 2021 summed up last year’s results and chose the winners among 900 corporate and documentary films submitted to the festival. 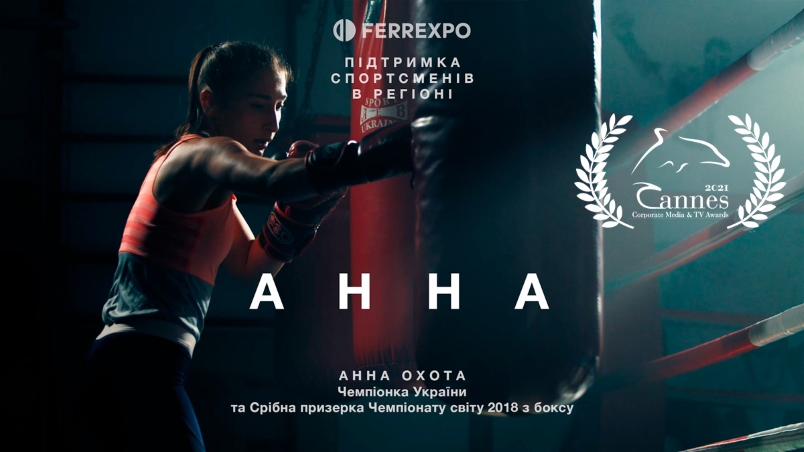 One of the winners was the film “Anna”, directed by Maxim Chuzha. The short film tells the story of the sports career of a multiple-time champion of Ukraine, Europe, and the 2018 World Boxing Championship vice-champion, Anna Okhota, supported by Ferrexpo as part of its corporate social responsibility program in support of sports and local communities.

The five-minute video won the sports films category, winning the festival’s commemorative silver dolphin award. About 50 films from the post-soviet countries apply for this award every year, but over the past 12 years, only four films of Ukrainian production have been selected at this festival in Cannes. It is noteworthy that this year the jury did not determine a clear winner in this category and have not awarded a single golden dolphin. Instead, the victory was shared between the Ukrainian film “Anna” and the French “Roland Garros – Building the legend”. 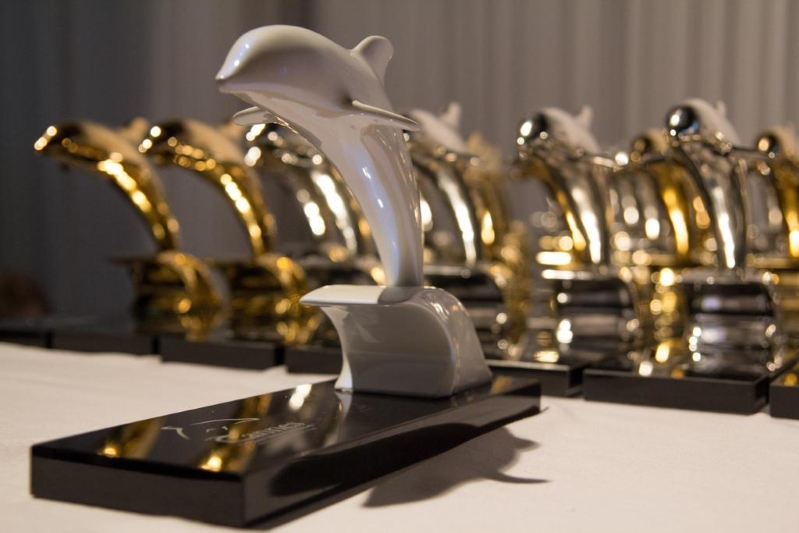 Anna is an athlete from the small town of Horishni Plavni, Poltava region, who shares her story of victories and failures, training secrets, diet, talks about how she feels in and out of the ring, as well as her dream. This city became famous for its athletes after the Tokyo 2020 Olympic Games when everyone found out about Liudmyla Luzan, who won silver and bronze medals for the Ukrainian rowing team. “Our city can boast of champions of Ukraine, Europe, and the world, as well as Olympic champions thanks to the support of Ferrexpo,” Anna Okhota’s coach, Oleksandr Serednitskiy, said.

According to the athlete, her strongest rival is herself. “By defeating myself, I can defeat everyone else,” Anna added.

“Supporting the development of sports is an important part of Ferrexpo’s corporate social responsibility programs. We fund hundreds of athletes in the region where the company operates, allowing them to train in the best possible conditions. And we are happy when, thanks to our support, many of them become prize-winners and champions of the most prestigious Ukrainian, European and world competitions,” Yuriy Khimich, head of CSR Department at Ferrexpo, said.

Since 2010, the Cannes Corporate Media & TV Awards Festival has set world standards for corporate films. The festival jury, consisting of Oscar and Emmy winners and corporate communications specialists, is a guarantee of the winners’ quality. Winners from all five continents and Grand Prix winners from Australia, Brazil, France, the Netherlands, and Switzerland make the festival genuinely international.

Anna Okhota is a multiple-time champion of Ukraine, Europe, and the 2018 World Boxing Championship vice-champion.

Ferrexpo is a Swiss iron ore company with assets in Ukraine. The company’s main activity is producing and exporting high-quality iron ore pellets used in steel production. Ferrexpo is the largest manufacturer and exporter of pellets among the countries of the former USSR. Current production assets are Poltava and Yeristovo Mining. Ferrexpo PLC owns 100% of the shares of Ferrexpo AG, which, in turn, owns 100% of the shares of Poltava Mining and 100% of the shares of Yeristovo Mining. In 2020, the company produced 11.2 million tons of iron ore pellets. The primary consumers of products are steel companies from Austria, Germany, Japan, South Korea, Taiwan, China, Slovakia, the Czech Republic, Turkey, Vietnam, and the United States. Ferrexpo shares are listed on the main market of the London Stock Exchange under the ticker FXPO. For more information, visit www.ferrexpo.com 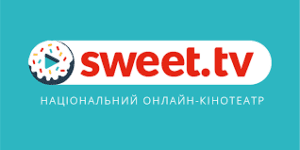 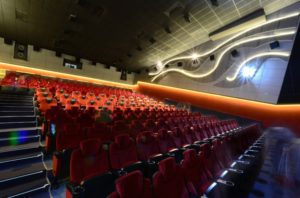 Triumph Media Group LLC (Kyiv), developing the Planeta Kino cinema chain, plans to open a first cinema in Ukraine adapted for persons with disabilities in River Mall being built in Dniprovska Naberezhna in Kyiv.
“In the new cinema of the Planeta Kino cinema network in the River Mall there will be the country’s first resource room in a non-specialized establishment, personnel trained to work with all types of disabilities, as well as navigation and improved infrastructure. The name of the project is Planeta Piznykh,” the company said in a press release.
According to the press release, the resource room is a space specially created for the needs of viewers with autism, where they can stay in emotional outbursts. It will be located in the center of the cinema, next to the box office.
In addition, in the halls there will be special places, navigation, improved toilet and changing booths.
The goal of the project is to increase the level of socialization of people with physical and mental disabilities, to train network viewers to communicate with them.
“Our big goal is educational work among all viewers of the Planeta Kino cinema network, which is about 4 million contacts per year,” the company said in the press release.
Dmytro Derkach, the co-owner of the Planeta Kino network, told Interfax-Ukraine that the 10-hall cinema is located on the third floor of the River Mall shopping and entertainment center on the area of 3,300 square meters.
According to him, the cinema includes an IMAX with Laser hall, a 4Dx hall, five halls with Cinetech + branded film technology and three business class halls – the RE’LUX cinema restaurant.
He said that it is planned to open the cinema in April or May.

MULTIPLEX CINEMA CHAIN PLANS TO EXPAND NETWORK BY 35% IN 2019 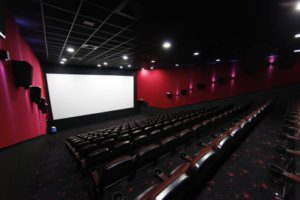 PJSC Multiplex-Holding, which develops the Multiplex cinema chain in Ukraine, plans to expand the network in Ukraine by 30% in 2019, co-owner of the Multiplex cinema network Volodymyr Trofymenko has told. “Today Multiplex is the leader in the cinema market of the country: the company has 129 cinema halls and occupies more than 35% of the country’s film screening market. Our main goal for 2019 is to expand the network by 30%,” he outlined the company’s plans for the coming year.
He also reported on the updated membership of the Multiplex-Holding supervisory board. Vladyslav Burda (RedHead Family Corporation) became the head of the supervisory board, e-commerce is supervised by Vladyslav Chechotkin (Rozetka), Oleksandr Pochkun (Baker Tilly Ukraine) is in charge of finance and audit, Maksym Bakhmatov (UNIT.City) for business development and sales, Oksana Semeniuk (Сhangers) is responsible for personnel management, and Ksenia Trofymenko (Multiplex) for the construction of new cinema halls of the network.
According to him, the tasks of the supervisory board include building a strategy for the sustainable development of the network, the formation of a top management team, principles and processes of work with staff, organizational structure and design. “Now our task is to approve plans for the year and monitor their implementation so that in six months we will report on the results. The client service will gradually improve, the mobile application and the company’s fixed assets will be updated, another 40 network cinema halls will open and so on. It’s better to talk about the rest later – when the results of work are visible,” he added. 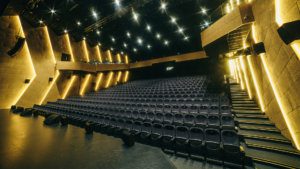 CEO of PrJSC Multiplex-Holding, developing the Multiplex cinema chain, Vitaliy Pysarenko, has signed a contract on opening the cinema with CEO of Kyiv’s TsUM shopping center Yevhen Mamai. “We have signed a contract with TsUM… Wait for the most central and coolest cinema of the country next summer,” Pysarenko wrote on his Facebook page last week.
As reported, early November, Pysarenko told Interfax-Ukraine that he was holding talks with managers of TsUM on the opening of a cinema in the new premium format.
“We are at the final stage of negotiations. It remains to agree on some details… In the next few weeks we will sign it [the lease agreement],” Commercial Director of Multiplex Holding Vitaliy Pysarenko told Interfax-Ukraine, confirming the company’s intentions.
According to him, after signing the contract, it will take up to six months to open the cinema.
“This will be a format that corresponds to the audience of the department store itself – premium. I think it will be very popular in the center of Kyiv,” Pysarenko said.
He added that the nearest cinema to the TsUM (the Oscar cinema network) operates in the Gulliver shopping center, but Multiplex intends to offer a unique format. Pysarenko did not provide more details, but added that in connection with the change of management at TsUM, the cinema operator “has high expectations regarding the new team.”
In general, according to him, by the end of 2019, Multiplex plans to open about 40 more cinema halls (about five facilities).
Multiplex-Holding was founded in 2003. As of November 2018, it has 26 cinemas in Kyiv, Kryvy Rih, Mykolaiv, Cherkasy, Rivne, Khmelnytsky, Zhytomyr, Kherson, Mariupol, Zaporizhia, Dnipro, Poltava, Lviv, Lutsk, Chernihiv and Kharkiv. 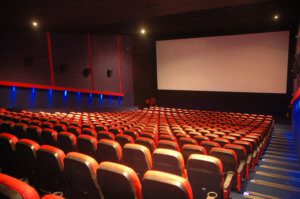 PJSC Multiplex-Holding, developing the Multiplex cinema chain in Ukraine, is holding negotiations with managers of Kyiv’s TsUM shopping center, seeking to open a cinema in the new premium format in it.
“We are at the final stage of negotiations. It remains to agree on some details… In the next few weeks we will sign it [the lease agreement],” Commercial Director of Multiplex Holding Vitaliy Pysarenko told Interfax-Ukraine, confirming the company’s intentions.
According to him, after signing the contract, it will take up to six months to open the cinema.
“This will be a format that corresponds to the audience of the department store itself — premium. I think it will be very popular in the center of Kyiv,” Pysarenko said.
He added that the nearest cinema to the TsUM (the Oscar cinema network) operates in the Gulliver shopping center, but Multiplex intends to offer a unique format. Pysarenko did not provide more details, but added that in connection with the change of management at TsUM, the cinema operator “has high expectations regarding the new team.”
In general, according to him, by the end of 2019, Multiplex plans to open about 40 more cinema halls (about five facilities).
“We have big plans for the next year. What I can say specifically – we will open [cinema halls] in the Spartak shopping mall (Lviv), as well as at the end of the (current) year in the Gagarin Plaza shopping mall in Odesa, which will be our first cinema in this city,” Pysarenko said.