MARKET OF NEW COMMERCIAL VEHICLES IN UKRAINE UP 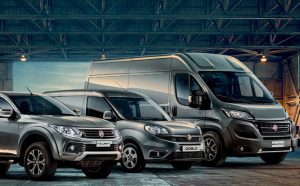 Initial registrations of new commercial vehicles (including trucks) in Ukraine in October increased by 11% compared to the same month of 2019 – up to 1,250 units, but compared to September this year they decreased by 7.4%, Ukrautoprom reports.
According to the association, more than a quarter of this segment of the car market in October was covered by the Renault brand, whose sales grew by almost 40% by October-209 – up to 353 cars. The second line of the ranking, as in October 2019, is occupied by Fiat with 135 registrations, which is 1.5% more than last year. Citroen has the third result (against the eighth a year earlier) with 105 registrations, or 69% more.
The fourth position of the rating is taken by two brands MAZ (-5%) and Peugeot (-11%) with 80 new cars each. Ford closes the top five with a 23% increase in sales – up to 79 new commercial vehicles.
Taking into account the October figures, 8,965 new commercial vehicles were registered in Ukraine in January-October 2020, which is 9% less than in the same period last year.

NEW COMMERCIAL VEHICLE SALES IN UKRAINE GROW BY 25% IN JAN-APR, CITROEN IS A LEADER 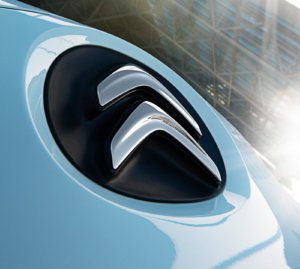 Sales of new commercial vehicles in Ukraine in January-April 2018 grew by almost 25% year-over-year, to 4,060, the Ukrautoprom association has reported. In April, 1,187 vehicles were sold (30% up on April 2017 and almost 20% more than in March 2018).
The association said that the leader of the April market was Citroen with 223 vehicles sold (8.6-fold rise compared with April 2017 and 65% up on March 2018). Another French brand Renault was second with 191 vehicles sold (12% up on April 2017). Ford is third with 161 vehicles sold (2.2 times more than in April 2017), Fiat is fourth with a 10% decline in sales year-over-year, to 97 vehicles. Volkswagen was fifth with 76 vehicles sold (65% up).
AUTO-Consulting Group said that in contrast with the passenger car market, the truck segment showed a good pace.
Ford Trucks was the leader with 28% of the Ukrainian market. Ford Trucks signed a deal with Automagistral-Yug to buy 122 Ford dump trucks.
MAZ occupied 58% of the medium truck market. Scania was third with the market share of 10%. MAN and Volvo followed the Swedish concern.