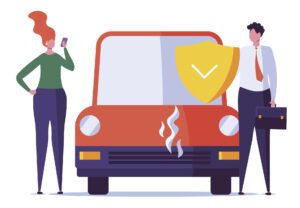 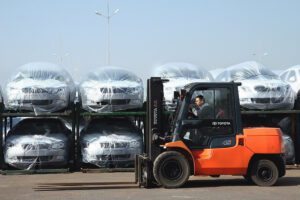 Ukrainian vehicle manufacturers produced 1,829 vehicles in January-March of this year, which is 34% more than in the same period in 2020, according to a posting on the website of the Ukrautoprom association.
As reported, in January-February 2021, vehicle production exceeded the figure for the same period last year by 3%.
According to the preliminary data of the association, in the first quarter the production of passenger cars increased by 43%, to 1,690 units, production of buses decreased by 24%, to 133 units, and only six commercial vehicles were produced versus 12 a year earlier.
In March alone, car production increased 2.5 times compared with March 2020, to 722 units, including cars produced 2.7 times more – 665 units, which is also 48% more than the February indicator of the current year.
At the same time, the association recalled that in March last year, statistics in this segment were formed only by one plant – Eurocar, and the Zaporizhia Automobile Plant (ZAZ) resumed production of passenger cars only in September.
In the March statistics on commercial vehicles, as in the previous year, only two vehicles assembled at the Cherkasy Bus plant are announced, and AvtoKrAZ still does not disclose information on its production figures (since August 2016).
The production of buses in March grew by 37.5%, to 55 units.

UKRAINIAN-U.S. ALPHA LAUNCH VEHICLE TO BE LAUNCHED INTO SPACE IN DECEMBER The light Alpha launch vehicle (LV) will be launched from Vandenberg Air Force Base (VAFB) in California as early as December 22, 2020, the press service of Firefly Aerospace Inc., a provider of launch vehicles, spacecraft and in-space services, has said, referring to co-owner Ukrainian businessman Max Polyakov and Firefly Aerospace CEO Tom Markusic, who was cited in an interview on Friday by CNBC TV.
Firefly is finishing up work to prepare the launchpad at SLC-2.
While “everything is susceptible to surprises,” with room in the schedule to launch as late as January 31, Markusic said the “full gamut of rules” at Vandenberg means the company has put extra work into certification for Alpha’s first launch.
“Our design has been highly vetted, as we have a lot of requirements that are put on us by the range and that makes the rocket ultimately more reliable,” he said.
He said that it is very reasonable for Firefly Aerospace to expect complete success on the first launch.
Standing at 95 feet tall, Firefly’s Alpha rocket is designed to launch as much as 1,000 kilograms of payload to low Earth orbit – at a price of $15 million per launch.
Firefly Aerospace was restarted in 2017 by Ukrainian Polyakov, including it in Noosphere Ventures.
Only a handful of tests remain until Alpha’s first launch. Firefly conducted a final engine test with the rocket’s first stage two weeks ago, with a second stage engine test up next. Then Firefly will conduct the “activation of the launch site.” The next big milestone will be the static fire of the entire vehicle at the launch site.
Firefly expects to launch at least three times in 2021.
In addition to the Alpha and Beta rockets, Firefly Aerospace is working on Orbital Transfer Vehicle (OTV) known as a space tug to deliver satellites from a rocket to a specific orbit, and a lunar lander called Genesis for NASA.

COMMERCIAL VEHICLE MARKET INCLUDING HEAVY VEHICLES 11% UP IN UKRAINE

Sales of new commercial vehicles (including heavy vehicles) in July increased by 11% compared to July 2019, to 1,163 vehicles, reports the Ukrautoprom association.
According to the association, the July sales result is 53.3% higher than the June one of the current year.
This increase in sales is primarily due to the results of the rating’s leader – Fiat, whose primary registrations grew 2.7 times by July 2019 and 2.3 times compared to June of the current year, to 257 units.
According to the data provided by Ukrautoprom, Peugeot moved to the second position in July from the fourth in June, pushing aside Renault. The demand for Peugeot vehicles doubled both compared to July 2019 and June 2020, to 164 units.
Renault has lost 38.6% of sales, ending the month with 127 registered vehicles (20% more than in June 2020). Mercedes-Benz came fourth (from the 11th position in July of the previous year) with 80 registrations against 43.
Ford entered the top five market leaders, having sold 72 vehicles in Ukraine – one unit more than a year ago.
Among the Ukrainian brands, only ZAZ entered the top twenty best-selling commercial vehicles with sales of 11 vehicles against 28 units in July 2020.
According to the statistics of the association, the market of buses of all classes in Ukraine in July decreased by almost 20% compared to July of the previous year but increased by 7.4% compared to June 2020, to 101 units.
The first place, as well as the last month, is occupied by Otaman buses of Cherkasy Bus Plant with the registration of 43 buses compared to 24 in July of the previous year and 45 buses in June of the current year.
Ford takes the second position climbing from the fourth in June, the demand for buses of this brand increased to 25 units – from 19 units in July 2019 and 10 units in June 2020, and the Ukrainian Etalon, which takes the third position, sold 10 buses comparing to six and 11, respectively.
The Ukrainian Ruta was fourth (five units against eight a year earlier), Hyundai was fifth with five buses (and none in July 2019).

COMMERCIAL VEHICLE AND BUSES MARKET IN UKRAINE DOWN 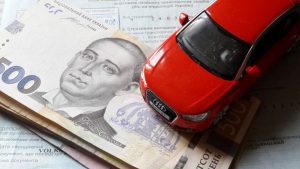 The sales of new commercial vehicles (including heavy vehicles) in June decreased by 21% compared to June 2019, to 760 units, Ukrautoprom reports.
According to the association, at the same time, the June sales result is 11.8% more than in May this year.
In June, Fiat demonstrated the best sales result, pushing Renault into the second position and managing to increase registrations by 16%, to 118 units.
Renault lost 35% of sales, completing the month with 106 registered cars, in third place, as a year earlier, was occupied by Ford with the registration of 82 cars against 80 in June 2019 and 50 in May this year.
Peugeot ranked fourth, having improved the position in the rating by one step and increased sales by 22%, to 77 vehicles. Belarus’ MAZ closes the top five of the June market of new commercial cars, with 64 registrations in its classification (15% less).
Ukrainian commercial vehicles were not included in the list of the 15 best-selling commercial cars, and Russia’s GAZ ranks 14th with the registration of 12 cars against 39 units in June 2019 and nine units in May of this year.
In total, in the first half of the year, the Ukrainian fleet of trucks and special vehicles was replenished with 4,100 new vehicles, which is a quarter less than in the same period last year.
At the same time, according to the statistics of the association, the bus market of all classes in Ukraine in June decreased by 5% compared to June last year, and almost doubled compared to May of the current year, to 94 buses.

VEHICLE MANUFACTURING IN UKRAINE DOWN IN JAN-FEB 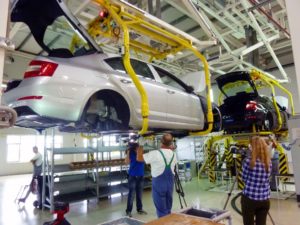 Ukrainian automobile manufacturers in January-February 2020 produced 1,077 vehicles, which is 10.8% less than a year ago, the Ukrautoprom association has reported.
According to preliminary data from the association, passenger car production was 12.5% less than a year ago, reaching 933 cars. (all made at Eurocar), 2% more buses were made- 134 units, and commercial vehicles (excluding AvtoKrAZ, which statistics are not provided) at the level of the previous year – 10 units (all were manufactured at Cherkasy Bus Plant).
Most of the buses are still produced by Cherkasy Bus Plant – 60 units were produced in January-February (10 units less than in two months of 2019), Chernihiv Automobile Plant of Etalon Corporation made 30 units compared with 35 a year ago.
Chasiv Yar Buses plant (Donetsk region) significantly accelerated the pace of production of Ruta buses: to 25 units compared to six in January-February-2019; Bogdan Corporation produced two buses less – 10 units, and Ukravto Corporation made 9 buses (one less).
The acceleration in the decline in vehicle production in the first two months was due to the February result – only 225 vehicles were manufactured in the past month, which is 28% less than in February last year and 73.7% less than in January 2020.
Only one plant is still reporting on the production of passenger cars – Eurocar, where 146 cars were assembled last month (39% less than in February 2019 and 81.5% less than in January 2020).
Only two commercial vehicles were produced in February at the Cherkasy Bus Plant compared with five units a year earlier.
The February manufacturing of buses increased by 6 units, to 77 buses, including 30 units made by Cherkasy Bus, 20 units produced at the Chernihiv Automobile Plant, 12 buses made at Chasiv Yar Buses. Bogdan Corporation reported on 10 buses made, and five were produced at ZAZ.